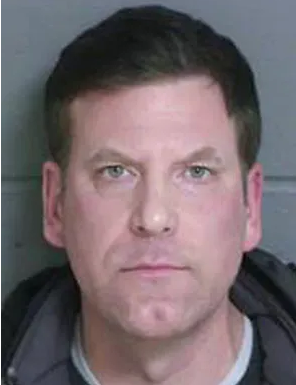 DOVER – An internal city police investigation states former officer Ronald "R.J." Letendre stole 18 THC-infused candies that had been seized as evidence and used a police-issued Taser on his wife.

Letendre denied that he smoked marijuana himself, but claimed that several times when Sarah Letendre smoked, she blew the smoke into his mouth, which is a violation of police policy, according to a roughly 50-page internal police investigation into Letendre conduct by Sgt. Mark Nadeau.

Letendre admitted to using his Taser on Sarah Letendre after he returned home following a police chase, according to Nadeau's investigation.

Letendre's lawyer had sought to block the report's release, claiming it would hurt his ability to get a fair trial. Letendre was fired by Dover Police Chief William Breault on Aug. 28, 2020.

In a decision released Thursday, Superior Court Judge Mark E. Howard stated "the court finds and rules that the defendant has not demonstrated a sufficient risk of actual prejudice to his rights to a fair and impartial jury; that there is an effective alternative to delaying disclosure of the report, i.e. voir dire of the prospective jurors or, if proven necessary, a change of venue."

Howard added "the public's right to know is paramount under these circumstances."

Police launched the internal investigation after Sarah Letendre, 35, received an outpouring of support on social media following a domestic incident between her and her estranged husband at their Rollinsford home July 10, 2020.

Rollinsford police arrested Sarah Letendre at the time, charging her with simple assault and other charges. The charges have since been dropped.

Sarah Letendre and her family have said R.J. Letendre, a former mixed martial arts fighter, was the aggressor in the incident, when she suffered multiple fractured ribs.

The internal investigation examined the July 10 incident in painstaking detail and also reports on the troubled relationship between Sarah and Ronald Letendre. Sarah Letendre admitted to using drugs on multiple occasions and having relationships outside the marriage, according to the report.

R.J. Letendre was charged with allegedly removing a portion of seized drugs before they were entered into evidence during a 2016 incident.

On Sept. 16, 2016, then officer Letendre responded to an Oak Hill Drive home, where a resident stated he erroneously received illegal drugs in the mail, Nadeau wrote in his report.

In R.J. Letendre's report as an officer at the time, he indicates that 18 "Jolly Rancher 30 mg THC" candies were in a clear Ziploc bag and mailed in a USPS flat rate box. THC is the primary psychoactive compound in marijuana.

Sarah Letendre told police her husband stole half of the THC-infused candies and brought them home.

As part of the internal investigation, police on Aug. 10 examined the drugs that Letendre entered into evidence after responding to the home, Nadeau said.

Part of the contents in the box placed in evidence was "a gallon sized bag that contained 18 hard candies," Nadeau said.

"The candies were labeled "Jolly Rancher" and "30 mg THC," he added.

In August 2020, Nadeau spoke with the homeowner where the drugs were inadvertently delivered, according to his report, who told police he had a security camera recording of his interactions with R.J. Letendre.

The images recovered on the videotape "indicate that Officer Letendre did not submit the package to evidence as he received it," Nadeau said.

The images show the candies are in a bag that is marked "36 EJRX," Nadeau wrote.

Police concluded R.J. Letendre stole 18 of the THC-infused candies, before putting the other drugs in a different bag and entering them into evidence, Nadeau said.

The officer denied doing anything wrong during two recorded interviews in August with Nadeau.

At the end of the second interview, Nadeau said he "again confronted (R.J. Letendre) with the substantial evidence that had been uncovered, and that it was apparent he stole 18 of the THC infused Jolly Rancher candies."

"When I directly asked him "Did you take the missing 18 Jolly Ranchers?" he answered "No." When asked what happened to the missing 18 candies, he told me "I don't know," Nadeau wrote.

He added that "all of this evidence, in its totality, is probable cause that Officer Letendre stole 18 THC infused Jolly Rancher candies and falsified evidence to cover his misconduct."

R.J. Letendre's conduct impacted the ability of police to determine where the drugs came from or prosecute a case against who sent them, Nadeau wrote.

During an interview with Sarah Letendre in August, she told Nadeau that her estranged husband "has brought home marijuana and marijuana edibles that he confiscated on the job," according to the report.

"She recalled an incident that occurred in 2017 or 2018 where he confiscated a 'trunkload' of marijuana. She suspected that he logged most into evidence and brought a bag home for her," Nadeau wrote. "She said he would do this 'often; and 'probably once a month.' She joked that she had a 'stockpile' of marijuana."

Sarah Letendre told police she watched Letendre smoke marijuana "10 to 15 times, the first time being in 2013 and the last being in 2017," Nadeau said.

"She said this always occurred at home and that nobody else was ever present to witness it," Nadeau wrote.

"She also admitted that she has smoked marijuana 'numerous times' in front of Officer Letendre but would never smoke with another person in front of him," Nadeau added.

His investigation could not identify "specific marijuana thefts," Nadeau wrote.

But "a review of Officer Letendre's drug related calls for service indicate that he certainly had the opportunity to divert the drug, or a portion of the drug, prior to submitting it to evidence on numerous occasions," Nadeau said.

Sarah Letendre reported that on Dec. 14, 2013, Letendre "came home in uniform and told her that he had been involved in a foot pursuit," Nadeau wrote.

"He was 'amped up' but disappointed that he didn't get to use his Taser. Ms. Letendre 'jokingly' told him to use the Taser on her, taunting her by saying you wouldn't, you wouldn't,'" Nadeau wrote the report.

R.J. Letendre then Tased her for "less than a second," Nadeau wrote.

"She said it instantly caused her to cry and left two burn marks," Nadeau wrote in the report.

During his interview with police, Letendre admitted he used his Taser on Sarah Letendre "years ago," Nadeau said.

"He said she wanted to know what it was like to be Tased. With her consent, he gave her a quick zap' with his Taser," Nadeau wrote. "He said she was lying in bed and covered with a comforter when he did it. Officer Letendre described removing the probe cartridge and said it did not leave any injures."

Letendre denied he had assaulted Sarah Letendre on other occasions, as she contended, according to the report. 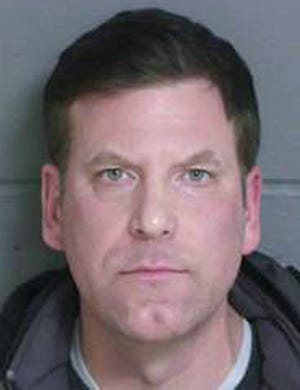