Nawolski pleaded guilty to charges of felony possession of hydrocodone, forgery, and theft by taking of oxycodone. 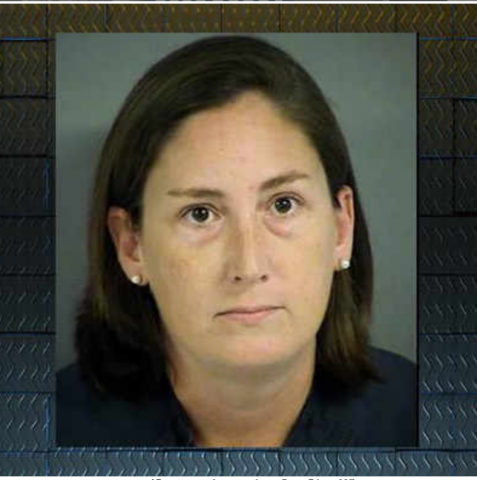 VALDOSTA, GA (WALB) - A person who controlled evidence at the Valdosta-Lowndes County Regional Crime Lab is charged with taking drugs from the facility. The discrepancy was discovered during an internal audit at the end of September.

The audit was conducted as part of procedure when former employee, Amber Nawolski, was about to change jobs in the crime lab. Nawolski pleaded guilty to charges of felony possession of hydrocodone, forgery, and theft by taking of oxycodone.She had been with the department since August 2007, and resigned in lieu of termination while under criminal investigation. "She was a friend and an employee.

Yeah... it hurt," said Valdosta Police Chief Brian Childress.Officials said the audit revealed the thefts had been going on for about a year. They would not say how many cases were affected, or how much evidence was missing.

Chief Childress said there is no evidence that any other employees were involved. He also says they have not found anyone outside the lab to be involved either."It seems pretty clear to us that she was using them for some kind of personal gain," said Chief Childress.

Chief Childress would not comment on what she was doing with the drugs, but said there was no indication that she was selling them.The crime lab sees anywhere from 500 to 1,000 cases a month. So, Chief Childress said they have already put new procedures in place to ensure evidence is checked better as it leaves the crime lab."Additional peer review.

Having more than one person looking at that in addition to the agencies receiving it," explained Chief Childress, "As that evidence goes out in the future, we're also going to have more scrutiny looking at the packaging for tampering." He said there will also be more audits done at the lab to catch any discrepancies.But Childress said the audit that uncovered the problem did what it's supposed to do.

"As much as I regret it and I'm embarrassed by it, our process worked and we policed our own selves," explained Chief Childress.Childress said this is the first problem with missing drugs at this crime lab.Copyright 2016 WALB. All rights reserved.

A person who controlled evidence at a crime lab is charged with taking drugs from the facility. The discrepancy was discovered in an internal audit at the end of September.
http://www.walb.com/story/33724037/theft-of-drugs-linked-to-evidence-custodian
Tweet
How do you feel about this post?
Happy (0)
Love (0)
Surprised (0)
Sad (0)
Angry (0)
Tags:
property room audit crime lab
Miami Police Chief Knew for Years About Rotting Mu...
Hundreds of thousands of untested rape kits
Comment for this post has been locked by admin.