DNA evidence was linked to a Pontiac native currently serving time for his involvement in a similar crime. 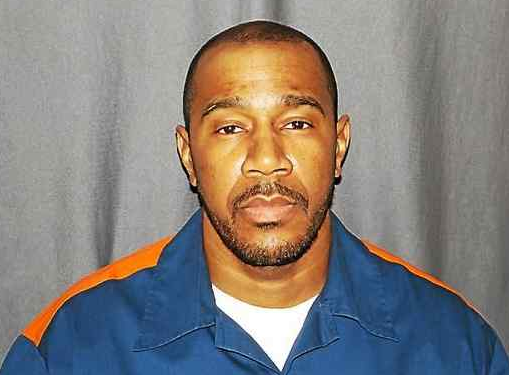 Testimony began Thursday in a 1994 homicide-criminal sexual conduct case, brought to trial in Oakland County Circuit Court after DNA evidence was linked to a Pontiac native currently serving time for his involvement in a similar crime.

Brandon Kynard Gohagen, 45, is charged in the murder and rape of Rosalia Brantley of Pontiac, whose beaten and stabbed body was found in Pontiac's Hawthorne Park in August 1994. For decades it was a cold case, but DNA profiling technology that wasn't available in the 1990s ultimately tied Gohagen to the killing, according to prosecutors.

In her opening statement, assistant prosecutor Kelly Collins told the jury that "time and technology have all began to catch up with (Gohagen)...the time has come for him to answer for his actions and his crimes."

Gohagen has denied knowing Brantley, but others have said the two were friends, according to investigators.

Brantley was a 22-year-old mother of one when she died, the victim of blunt force trauma and multiple stab wounds. Her nude body was mutilated and bound, wrapped in a curtain when discovered at the park on Aug. 29, 1994. Investigators say Dohagen's DNA was found in Brantley's vaginal area and under her fingernails.

Defense attorney Michael McCarthy, in his opening statement, said evidence of sexual contact with Brantley doesn't mean Dohagen killed her. "It's not necessarily part of the same transaction," he said.

McCarthy also said Dohagen "has been looking forward to this day...eager to have (jurors) scrutinize the evidence."

The first witness to take the stand, Romona Sellers, described Brantley as her best friend and said she babysat for her the evening of Aug. 27, 1994 while Brantley went to a party and later a Pontiac nightclub with friends. Concerned when Brantley didn't return home with the others, Sellers said she paged her and was called back after 2 a.m.

Sellers testified that Brantley told her she was calling from a phone booth on Perry Street in Pontiac, and when she asked "What are you fixing to do?" Brantley mumbled "Whatever they want me to do." Troubled by the way Brantley was speaking, Sellers testified that she arranged to have someone pick her up but that person was unable to locate her.

In cross examination, McCarthy read from what he said was a 1995 police report with statements from Sellers in which she told investigators that she recognized the drape Brantley's body was wrapped in as coming from Brantley's mother's house, where Brantley lived.

Sellers testified that she doesn't remember making that statement.

"The officer who wrote that down just made it up...you're testifying under oath that you never ID'd that curtain?" McCarthy asked.