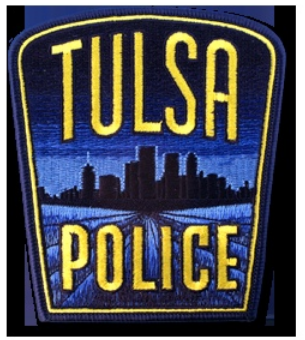 The Crime Lab at the Tulsa Police Department is setting the bar high for other crime labs around the world.

When the Tulsa Police Department collects evidence from a scene, they are careful to preserve it before it's transported to the forensic lab.

That's when Tulsa's internationally accredited lab takes it from there.

"Because of the things that they can do now means that we do our evidence collecting differently," said Property Room Evidence Custodian Sergeant Kimberly Lee.

Lee oversees where evidence is stored for the Tulsa Police Department.

After items are collected from the scene, they are moved into the forensic lab where they are tested for anything that may link the suspect to the crime.

"If we don't keep it properly downstairs then they can't do the job that they need to do upstairs," Lee said.

And was the first multi-disciplinary lab to get approved in the entire world.

The lab is capable of testing DNA, fingerprints, drugs, and even firearms.

Ultimately, finding evidence to prove whether or not someone is guilty is the goal.

"I think citizens should have some comfort in knowing that where crimes occur, the police department has the accessibility or resources to help in solving crimes," Smith said.

And because they were one of the first lab's to be accredited, they can now be considered a model for other labs around the world.

"Our scope of accreditation that could be used as a model as well as our scenarios that we proposed during our assessment," Smith said.

The lab instills confidence that evidence from crime scenes around the area can be processed quickly and carefully.

"A lot of citizens don't even know that TPD has a laboratory, but we have a great team of scientists that are absolutely devoted to the science and to their job," said Smith.

"They've always been top notch, and this really proves it," said Lee.

The lab is located on OSU's Campus in Tulsa, and they serve the Tulsa Police Department, Tulsa County DA's Office, and the Public Defender's Office.

The Crime Lab at the Tulsa Police Department is setting the bar high for other crime labs around the world.
http://www.newson6.com/story/36752854/tulsa-forensic-lab-sets-international-example
Tweet
How do you feel about this post?
Happy (0)
Love (0)
Surprised (0)
Sad (0)
Angry (0)
Tags:
crime lab Big Three: Chain of Custody assault  kits altered evidence
Gun used in SAPD officer's murder missing
JPD investigates missing items from evidence room,...
Comment for this post has been locked by admin.