Turnabout for mayor who claimed he was smeared

The police department as a collective organization isn't responsible for jeopardizing yet another criminal case. Webber says the blame belongs to former Detective. 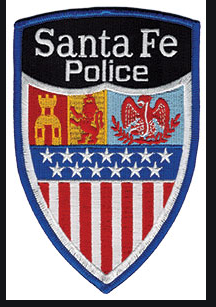 We've heard two sides of a sad story, and almost no one is satisfied.

Santa Fe Mayor Alan Webber says a now-retired police detective lost the physical evidence that had been collected in the rape of a 4-year-old girl.

By the mayor's account, the police department as a collective organization isn't responsible for jeopardizing yet another criminal case. Webber says the blame belongs to former Detective Paul Ytuarte.

Ytuarte counters that he went by the book in filing and logging the evidence. He says his old pals on the police force and the mayor are maligning him to protect themselves.

Ytuarte even says there should be videotape and a written record of him delivering what cops call a rape kit to the police evidence room.

This shouldn't be one of those back-and-forth exchanges in which truth is unattainable.

Webber and his police department need to answer a straightforward question with rock-solid proof: Where along the chain did the evidence disappear?

If Ytuarte is right, he delivered the kit to the police evidence room, but it never reached the state Department of Public Safety for testing. That would put him in the clear.

And it would mean the Santa Fe Police Department has a systemic failing in the safekeeping of evidence.

Police lost evidence in a murder case last year. They say it vanished from the evidence room, though they can't say how this happened.

Prosecutors were left with a weakened hand. They downgraded the murder charge to voluntary manslaughter.

The police department's evidence room has a history of being an unprofessional operation, a deficiency that reflects on Webber and his command staff.

Unless Webber reveals his proof that Ytuarte bears sole responsibility for the latest blunder, there is plenty of room for doubt.

Ytuarte is at a disadvantage if he has to continue arguing over a matter of fact with the mayor. Webber has a bullhorn. Ytuarte is on the sidelines, watching Webber and the police force close ranks.

More important, we get no closer to the truth in this foolish debate.

Webber should make public all records of the chain of evidence without editing or political spin.

No good can come from the city dodging behind the usual claim that records in an ongoing criminal investigation are secret. This case became atypical when Webber claimed Ytuarte lost the evidence.

There's an odd footnote to Webber's tactics with Ytuarte.

In his 2014 campaign for governor, Webber complained political enemies had smeared him with innuendo in the case of a powerful child rapist who escaped detection for almost 30 years.

During the 1970s, Webber worked as a speechwriter and aide for Neil Goldschmidt, who was mayor of Portland, Ore. Goldschmidt would go on to become secretary of the U.S. Department of Transportation under President Jimmy Carter and then governor of Oregon.

While Goldschmidt was a mayor in his middle 30s, he repeatedly raped a girl. She was a 13-year-old eighth grader when Goldschmidt's crimes began. At one point, she was his babysitter.

After Webber settled in New Mexico and ran for public office, his detractors ridiculed him for having written a sympathetic blog post about Goldschmidt.

Webber said he was sorry for minimizing what Goldschmidt did. "It was a terrible crime. That's what I should have called it," Webber said.

Now Webber's fiercest critics on social media are mixing together the Goldschmidt case and the lost evidence in the Santa Fe rape investigation. They claim Webber twice abetted child molesters.

It's an unfounded attack — the kind that gives Webber cause to complain about mudslinging.

Yet Webber is open to the same charge if he doesn't have particulars to back up his public censure of Ytuarte. The mayor's statements have painted the former detective as incompetent, negligent or both.

Without seeing any proof, all the talk is cheap — at least until the lawsuits are filed.

Turnabout for mayor who claimed he was smeared | Local Columns | santafenewmexican.com

Without seeing any proof, all the talk is cheap — at least until the lawsuits are filed.
https://www.santafenewmexican.com/opinion/local_columns/turnabout-for-mayor-who-claimed-he-was-smeared/article_12fd5dbc-939c-11ea-8ad4-5308c80e0c6e.html
Tweet
How do you feel about this post?
Happy (0)
Love (0)
Surprised (0)
Sad (0)
Angry (0)
Tags:
missing evidence
Council Meeting Erupts Over Evidence Room Policies
Fayetteville Police employee fired after stealing ...