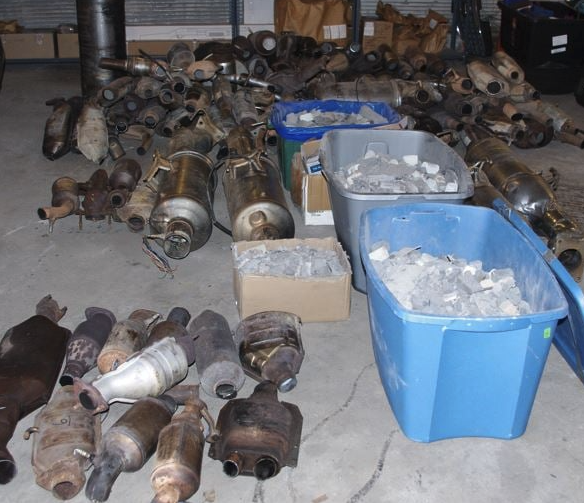 Law enforcement served a search warrant at a residence in Otterville. Investigators found cutoff catalytic converters stored outside and in a barn.

Investigators seized 107 cutoff catalytic converters that were located at the two locations.

Enter some description here...
https://abc17news.com/news/2021/09/01/two-arrested-after-a-multiagency-catalytic-converter-theft-investigation-in-sedalia/
Tweet
How do you feel about this post?
Happy (0)
Love (0)
Surprised (0)
Sad (0)
Angry (0)
1 of 2 suspects involved in theft of nearly 400 ca...
Winnebago County Board asks coroner to resign
Comment for this post has been locked by admin.