The latest indictments allege Hintz stole approximately $14,500 in cash that belonged to deceased individuals out of the coroner's office's evidence vault 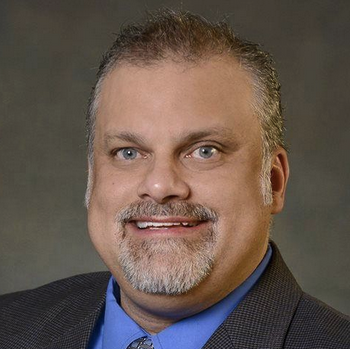 OCKFORD—The Winnebago County Board has called for the resignation of county coroner as he faces charges of theft, fraud and official misconduct.

The county board unanimously approved a resolution Thursday calling for the resignation of coroner William Hintz, or for his agreement to be placed on administrative leave until charges against him are resolved.

Hintz, 51, who was elected to the office of coroner in 2016, has pleaded not guilty to all charges against him. He was indicted by a Winnebago County Grand Jury earlier this month on six counts of official misconduct ans six counts of theft. He is accused of stealing funds from deceased residents of the county.

The Illinois Attorney General's office previously charged Hintz in October of 2020 with two counts of theft, 12 counts of forgery and 23 counts of official misconduct.

"Our community deserves better, and so do the hard working men and women who continue to work in the Coroner's Office," County Board Chairman Joseph Chiarelli said in a news release. "The criminal allegations against Mr. Hintz are in no way a reflection on any of the other employees that remain in that office. They continue to report for duty and conduct the day-to-day operations for the Coroner's Office."

"Our community must be able to trust the individual who handles inquests participates in homicide investigations as well as in trials," Sheriff Gary Caruana said. "We will work to begin the process of rebuilding our community's trust in our Coroner's Office while Mr. Hintz resolves his legal matters. We want our citizens to remain confident in the abilities of men and women currently working in the coroner's office and trust we will work together to keep conducting services with the highest regard for our residents and their families." Hintz is scheduled to be arraigned on Sept. 22.

The Winnebago County Board in Illinois is asking for the resignation of county coroner William Hintz, who is accused of stealing funds from deceased residents of the county.
https://www.beloitdailynews.com/news/local-news/winnebago-county-board-asks-coroner-to-resign/article_bd707c3b-c867-5fec-ae48-908105d4189f.html
Tweet
How do you feel about this post?
Happy (0)
Love (0)
Surprised (0)
Sad (0)
Angry (0)
Tags:
evidence room money stolen
Two arrested after a multiagency catalytic convert...
Officer is 'going to be fine' after accidental sho...