In Detroit alone, 11,000 rape kits that were slowly tested over the last few years revealed 817 serial rapists—meaning there are likely close to 29,000 repeat rapists, whose identities are hiding in those crime-scene kits gathering dust around the U.S. 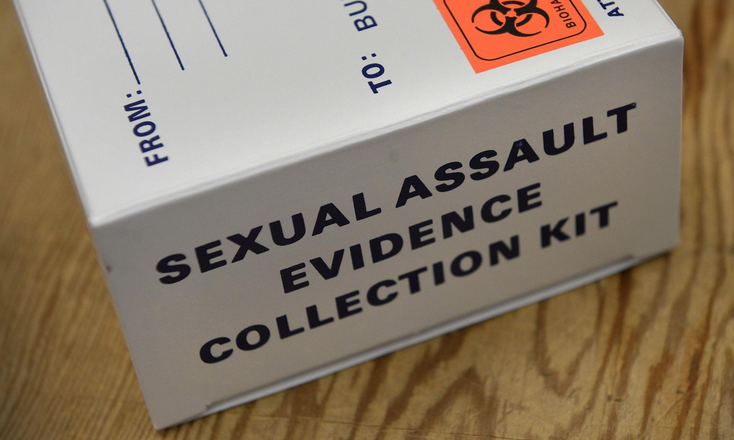 There are hundreds of thousands of untested rape kits sitting in police storage rooms and crime labs across the country, according to nonprofit organization End the Backlog. The White House put the number at 400,000 in 2015.

The math of that is stunning. In Detroit alone, 11,000 rape kits that were slowly tested over the last few years revealed 817 serial rapists—meaning there are likely close to 29,000 repeat rapists, whose identities are hiding in those crime-scene kits gathering dust around the U.S.

Such kits—which includes crime scene photographs, DNA and other evidence—are "the guilty person's worst enemy, and the innocent person's best friend," then-Vice President Joe Biden said in 2015, as he announced $41 million in federal grants for kits to be processed.

The goal is to stop serial rapists, according to End the Backlog, which said that the testing of backlogged rape kits in Detroit, Cleveland and Memphis found almost 1,300 serial offenders who committed crimes in at least 40 states. And researchers at Case Western Reserve University last year studied backlogged kits in Ohio and found over half the sexual assaults were connected to serial attackers, according to the organization.

Some states have approached the problem of untested kits more aggressively than others.

California passed two laws hailed by End the Backlog in November: one that requires all law enforcement agencies and labs to use a statewide system to track new kits, and another that strengthens rape victims' right to know the location and status of their kits.

"A rapist rapes on average seven to 11 times before they're caught," Wayne County Prosecutor Kym Worthy told the Detroit Free Press . "Of our set of 817, over 50 of them have 10 to 15 hits apiece."

Even though the untested kits in Detroit represented thousands of unprosecuted sexual assault cases and potentially a similar number of rapists still free on the streets, a lack of money slowed testing.

In an effort to raise money to test all the kits, a local women's foundation, an organization of retired law enforcement Wayne County prosecutors got together to form Enough Sexual Assault in Detroit to raise donations so all the kits can be tested. Each rape kit costs $490 to process. (More than 10,000 of the kits have been tested.)

Racism is part of the problem, according to Worthy, whose county includes Detroit.

"Eighty-six percent of our victims in these untested kits are people of color. You're not going to find too many blond-haired, blue eyed white women," Worthy told the Detroit Free Press . "Because their kits are treated differently, their cases are solved."

“A rapist rapes on average seven to 11 times before they’re caught,” Wayne County Prosecutor Kym Worthy told the Detroit Free Press. “Of our set of 817, over 50 of them have 10 to 15 hits apiece.”
https://www.newsweek.com/rape-kit-untested-sexual-assault-serial-rapist-detroit-prosecutor-nation-752440
Tweet
How do you feel about this post?
Happy (0)
Love (0)
Surprised (0)
Sad (0)
Angry (0)
Tags:
rape kit rape kit backlog
A Powerful Database Helps Solve Gun Crimes. Only T...
Cold case murder: ECSO makes arrest in 2010 homici...
Comment for this post has been locked by admin.