The case file on the shooting contains Florida Department of Law Enforcement documents that link a DNA profile matching Sangster to swabs of the interior of the vehicle in which Allen was found, according to the report. 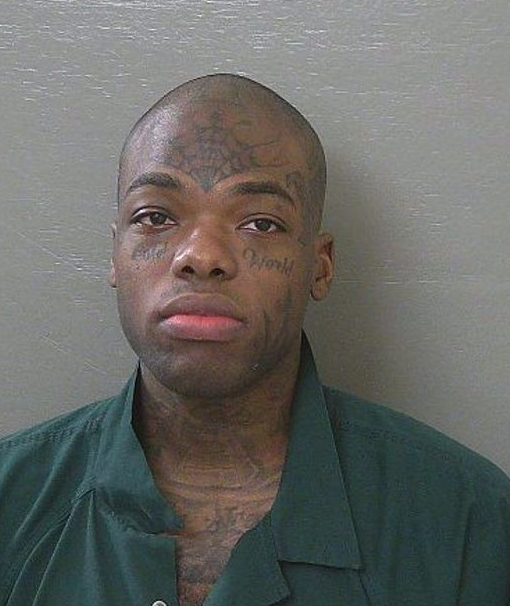 Two men argued in a vehicle. A gun went off. Then the passenger pushed the victim's body aside and took the wheel, speeding out of the Montclair area street.

The vehicle was found abandoned in a cul-de-sac two days later, and on the backseat was the body of victim Damion Lamar Allen.

Multiple witnesses — including two elementary school students — told the Escambia County Sheriff's Office the same account of the argument and the gunfire, but the murder was considered a cold case until this week, when a suspect was arrested.

Orlance Sangster, 27, allegedly told a man at the Escambia County courthouse about how he had killed Allen that day in 2010. Sangster is now in state prison on a lengthy list of drug charges, and the other man is in an Arkansas federal prison. But this year in May, that man had a corrections officer call ECSO to share what he learned years ago.

That inmate, whose name is redacted from Sangster's ECSO arrest report, said he and the suspect were in court together in Escambia County in late 2011 when he heard the account of the shooting.

The man said Sangster and another man, Terrance Johnson, allegedly went to buy marijuana in a gold Nissan and met up with Allen. Sangster allegedly said he got out of the gold Nissan and got into Allen's car, and when he realized Allen had more marijuana than expected, Sangster tried to rob him of the drugs.

Sangster allegedly said he shot Allen because he wouldn't give up the marijuana, then he pushed the body aside, got into the driver's seat and sped out of the area. He allegedly said he got involved in a short police chase before he got away.

ECSO investigators used the information provided by the inmate to track down Johnson, who is in prison, and learned his mom had owned a gold Nissan at the time of the shooting that matched the description given by the witness.

The case file on the shooting contains Florida Department of Law Enforcement documents that link a DNA profile matching Sangster to swabs of the interior of the vehicle in which Allen was found, according to the report.

The investigator prepared a warrant for judicial review and Sangster was charged and booked into the Escambia County Jail on the murder charge Tuesday. He is being held without bond.

Cold case murder: Arrest in 2010 homicide made after tip from inmate