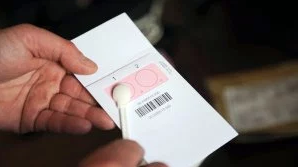 A bill by Assemblyman David Chiu (D-San Francisco) would help determine how many of those unanalyzed exam kits exist in California, part of a national backlog that federal officials have grappled with for nearly two decades.

Tens of thousands of rape kits are sitting on shelves in police and sheriff’s department evidence rooms nationwide. And no one has tested them to see what crimes they could help solve.
http://ktla.com/2017/05/26/untested-rape-kits-in-california-part-of-massive-national-backlog-are-focus-of-assemblymans-proposal/