A real life "who done it" is swirling around Louisville's police agencies after a gun meant for a criminal trial was sold at a state auction in error. 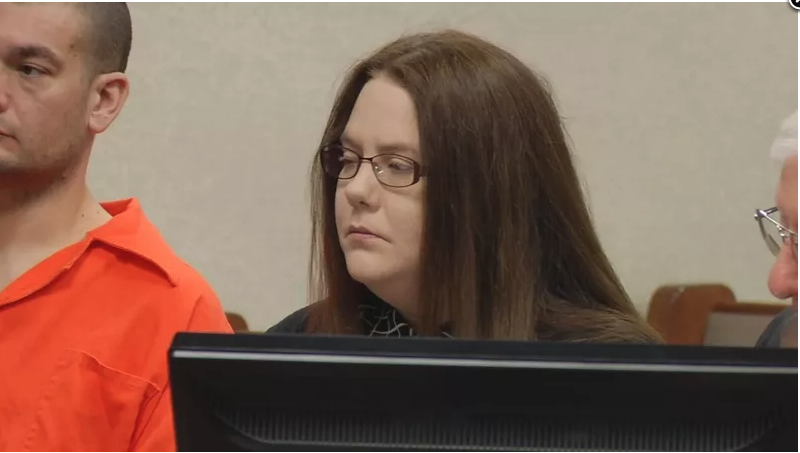 LOUISVILLE, Ky. (WDRB) -- A real life "who done it" is swirling around Louisville's police agencies after a gun meant for a criminal trial was sold at a state auction in error.

The Louisville Metro Police Department and Jefferson County Sheriff's office are pointing blame at each other for the botched evidence, which helped convicted killer Rebecca Johnson ink another plea deal with a possibility of probation. Johnson had four convictions for alcohol-and drug-related charges since 2006, including a DUI crash that killed two of her passengers, but she's never spent a day in prison.

"Apparently, at the time our detectives put the gun in the property room at LMPD, there was some mix-up in the computer system that entered the gun," Jefferson County Sheriff's Office Lt. Col. Carl Yates said. "It was entered as something other than evidence."

According to the property and evidence voucher filed in court records, the ".45 PARA-ORDANANCE" was turned into LMPD's property room on October 27th, 2015, by Det. Steve Clemmons. He'd arrested Johnson earlier that day in a drug trafficking sting. The voucher lists the case status as "open and active."

Several police agencies store evidence in LMPD property's warehouse off Industrial Road in Louisville. Officers present the material along with a brief description to a clerk at the front desk.

LMPD contends Clemmons told the clerk the gun was to be marked as "safe keeping personal property" not "evidence." The sheriff's office says the clerk made the mistake when entering in the report and heard him incorrectly.

That set off a series of events that eventually allowed the gun to be sent to Kentucky State Police and sold at a state auction along with other unclaimed property or weapons that are usually sold after a case reaches its disposition.

"I wasn't made aware of it until I saw the news story," LMPD Maj. Andy McClinton said. "We take in a lot of property, and our record is pretty good."

The evidence blunder provided another break for Johnson. Last month, she admitted to having meth and pills intended for sale, marijuana and drug paraphernalia possession and an amended down charge of possession of a firearm by a convicted felon instead of possession of a handgun.

"It would have been a tough case to try," said Kirk Rose, Jefferson County Assistant Commonwealth's Attorney. "The firearm in this case was missing ... so therefore, we could not move forward on the most serious charge of this case."

With the plea deal complete, Johnson faces three years in prison or five years probation. It still needs a judge approval and that hearing is scheduled for June 8.

Williams has always questioned whether Johnson got special treatment from the justice system. She questions why the state didn't try to get back the gun before making a plea deal with Johnson.

A letter from Jefferson County Commonwealth Attorney Tom Wine to Williams attorney revealed the gun had in fact been located in the weeks after Johnson guilty plea.

"We traced it to a buyer in Tennessee who sold it to an unknown person," Wine wrote. "I believe Mr. Rose made the best of a bad situation."

It's since been found, but Wine said the new owner made alterations and that the state couldn't prove the weapon function properly at the time of Johnson's arrest. He won't reopen the case or the plea deal, and now it's up to a the judge.

"Maybe we all could have done a better job," Yates said. "It does not do any good to point fingers, because there are to many fingers to point."

A real life "who done it" is swirling around Louisville's police agencies after a gun meant for a criminal trial was sold at a state auction in error.
http://www.wdrb.com/story/38208759/gun-meant-as-evidence-in-criminal-trial-and-sold-at-ksp-auction-now-at-center-of-police-debate
Tweet
How do you feel about this post?
Happy (0)
Love (0)
Surprised (0)
Sad (0)
Angry (0)
Tags:
evidence sold at auction
Untested Rape Kits in California, Part of Massive ...
Former Jasper PD officer arrested in connection wi...
Comment for this post has been locked by admin.