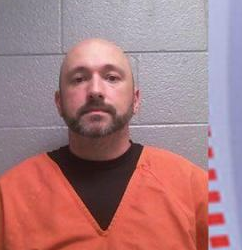 JASPER COUNTY, TX (KTRE) - A former Jasper Police Department officer was arrested in connection with a burglary of the Kirbyville PD's evidence room.

Samuel Paul Brister, 39, of Kirbyville, was arrested and charged with third-degree felony burglary of building-controlled substance present. His bond amount was set at $10,000. He has since been released after he posted bail on his bond amount.

"I can't tell you anything," said Chief Paul Brister with the Kirbyville Police Department when asked about the arrest. "It all has to go through the Texas Rangers."

Sgt. Stephanie Davis with the Texas Department of Public Safety said that she is not aware of an active Texas Rangers investigation in Jasper County.

According to the probable cause affidavit East Texas News obtained from Jasper County's Pct. 1 justice of the peace office Wednesday, Lt. Charles Willis, an investigator with the Jasper County Sheriff's Office was contacted by Sgt. Josh Hancock with the Kirbyville PD on May 5.