Medical experts said the video promoted a false narrative and confusion about fentanyl and ways it can lead to an overdose. 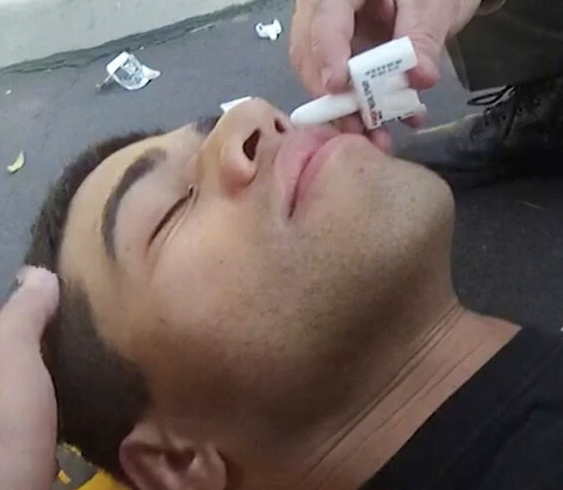 A dramatic video posted by the San Diego County Sheriff's Department that shows a trainee collapsing while investigating a substance he believed to be fentanyl has been met with skepticism from medical and addiction experts.

The video, which the department released on Thursday to demonstrate the dangers of fentanyl, shows body camera footage of Deputy David Faiivae, 32, collapsing in a parking lot on July 3 shortly after handling a white powder suspected to be cocaine or fentanyl, the Sheriff's Department said.

After Deputy Faiivae fell backward, his field training officer, Cpl. Scott Crane, gave him doses of Narcan, a nasal spray containing naloxone, a drug used to combat the effects of an opioid overdose. Deputy Faiivae showed no reaction to the Narcan and was taken to a hospital by emergency medical workers and later recovered.

The video was part of an effort by the San Diego sheriff to raise awareness about the increasing rates of fentanyl overdoses not only in the county but across the country, and the importance of carrying naloxone to save those who might overdose. But medical experts have said that it is impossible to overdose on fentanyl simply through exposure, and suggested that misinformation about contact highs does little to help curb the opioid crisis.

"The only way to overdose is from injecting, snorting or some other way of ingesting it," said Dr. Ryan Marino, medical director of toxicology and addiction medicine at University Hospitals in Cleveland. "You cannot overdose from secondhand contact."

Fentanyl is a powerful synthetic drug that is widely trafficked in illicit markets. Its potency can vary, especially when mixed with other substances, making it easy to overdose with very small quantities.

Dr. Scott Krakower, a psychiatrist at Zucker Hillside Hospital in Queens, said it does not take a lot of fentanyl to do harm. Not knowing the fentanyl's potency could quickly lead to overdose symptoms if someone were to inadvertently sniff it.

An opioid overdose tends to leave victims with shallow, almost undetectable breath, limp limbs, blue lips and fingertips, and gurgling sounds coming from the mouth, said Leo Beletsky, a professor of law and health sciences at Northeastern University in Boston.

He added that "it is not biologically possible" to experience overdose symptoms, or to die, from touching or being exposed to the drug, and that alternative explanations to Deputy Faiivae's reaction could be the enormous stress and panic among law enforcement officers around this issue.

Editors' PicksBlack Colleges, From the Start, Were Given Less and Expected to Do MoreA Hidden Trove Gives a Glimpse of Opera in the Wild WestI Was Powerless Over Diet Coke

Most opioids take 30 to 90 minutes to become fatal, and a fentanyl overdose can be fatal in 10 to 15 minutes, Professor Beletsky said. He clarified that the only way to get fentanyl into someone's system through their skin is by using medically prescribed fentanyl patches for pain, and those have led to very few, if any, fatal overdoses.

He added that reactions to fentanyl such as Deputy Faiivae's tend to be reported only by police departments or drug administrations, and rarely has a toxicology report or a medical follow-up shown that an officer, in fact, overdosed on fentanyl.

The Sheriff's Department said a full report on what was found in the car would not be available until Monday. In the body camera footage, one of the men can be overheard saying that the substance "tested positive for fentanyl."

The Sheriff's Department said Deputy Faiivae and Corporal Crane were each on vacation; neither could be reached on Saturday.

A report about the risks of incidental exposure to fentanyl found that the police and other authorities, including the U.S. Drug Enforcement Administration, have published false information about how fentanyl can become present in the body as well as what leads to an overdose, promoting the notion that a small amount of fentanyl absorbed through the skin can be fatal.

Addiction experts and harm-reduction specialists said this misconception can delay lifesaving help during overdoses and cause emergency responders to report vicarious trauma, compassion fatigue and panic attacks brought on by fear of the drug.

While trying to provide a public health advisory is well intentioned, "this kind of misinformation is definitely harmful," said Professor Beletsky, who was an author of the report with Dr. Marino.

"It misrepresents the signs and symptoms of overdose," he said. "It also adds to the already very elevated levels of stress and burnout and anxiety among law enforcement officers."

It also gets in the way of intervening properly when someone is experiencing a fentanyl overdose.

"If people think that they might die of an overdose from providing emergency assistance — that might cost lives," Professor Beletsky said 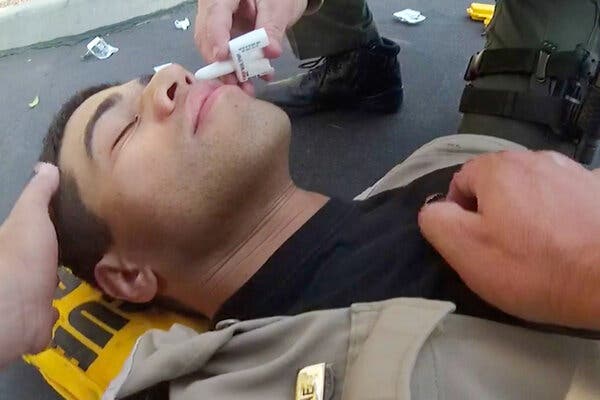 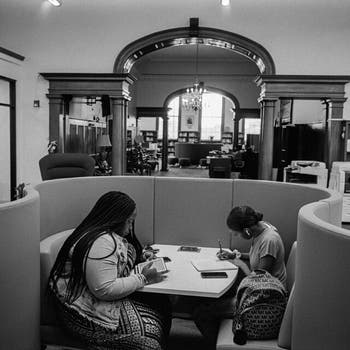 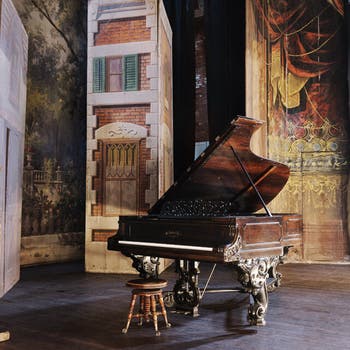 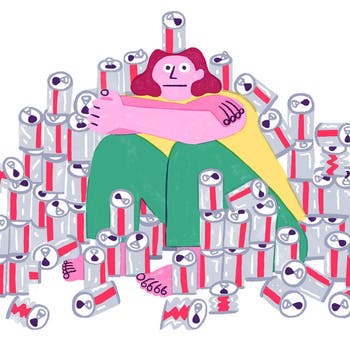