Admitted to inadvertently disposing of the items on Nov. 3, 2017, according to the complaint. 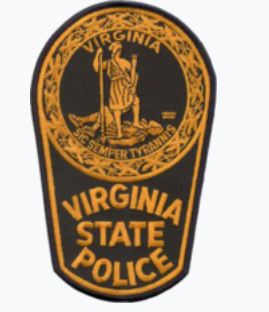 MARION — The destruction of seized items in a Smyth County drug case resulted in two misdemeanor charges being filed against a Virginia State Police trooper, according to court records.

James Steven Armstrong, a 34-year-old Mouth of Wilson man, was indicted on a possession of methamphetamine charge in Smyth County in 2017.

"We were advised on Jan. 3, 2018, that the evidence in the Armstrong case had been destroyed," said Smyth County Commonwealth's Attorney Roy Evans, who recused himself from the Testerman case, but commented Wednesday on the outcome of the Armstrong case. "We promptly moved to drop the possession charge, and the Circuit Court entered an order Jan. 5, 2018, granting the motion."

The offense date in the Armstrong case was listed as May 28, 2017, and it was filed by Virginia State Police Trooper Eric Lyles.

Sgt. Geoffrey Lewis wrote in a criminal complaint that he became aware of irregularities concerning destruction orders obtained by Testerman, the evidence custodian for the VSP's district that covers Wythe, Smyth and Bland counties.

Lyles told Lewis he learned the items had been "inadvertently destroyed" prior to the Armstrong trial date.

Testerman was interviewed on April 23, 2018, and admitted to inadvertently disposing of the items on Nov. 3, 2017, according to the complaint.

He also admitted to filling out an order and certificate of destruction of controlled/confiscated items, stating that he destroyed the items on Dec. 15, 2017, when they had been destroyed a month earlier, the complaint states.

Testerman also filled out an affidavit and return form stating that he destroyed the items on Dec. 15, 2017, the complaint states.

"Testerman admits to signing his name to this form and also putting the name of Trooper E.B. Lyles in the officer section," Lewis wrote.

Both documents had been submitted to the court, the complaint notes.

Lewis obtained a warrant in the case charging Testerman in connection with the two documents.

Testerman's first court date is July 26, but Pettitt said that may change once he has an attorney.

Virginia State Police spokeswoman Corinne Geller said Testerman has been placed on administrative leave without pay, pending the outcome of the court process.