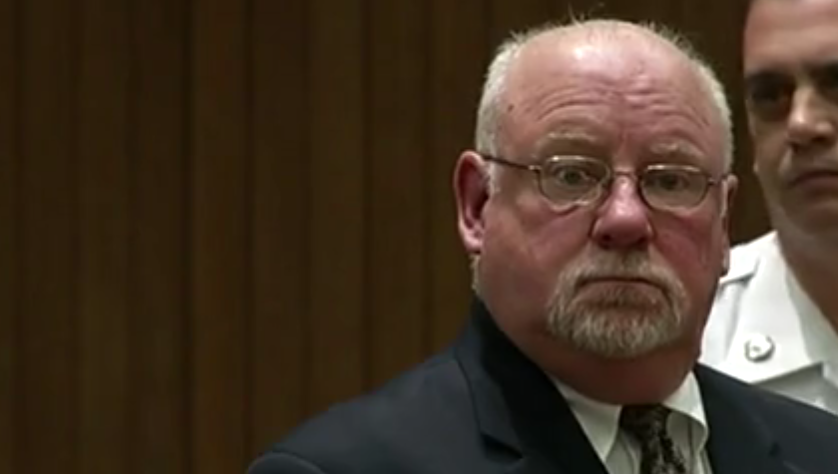 SPRINGFIELD, Mass. (WWLP) – A warrant has been issued for the arrest of former Springfield police officer charged with stealing hundreds of thousands of dollars, after he failed to show up in court for a change-of-plea hearing Monday.

The hearing for Kevin Burnham was supposed to have started at 2:00 P.M. at Hampden Superior Court in Springfield, but Burnham was nowhere to be found. His attorney, Charles Dolan, told the judge that he did not know his client's whereabouts, and had not communicated with him that he was not going to be in court.

The judge had given Dolan 30 minutes after the scheduled start of the hearing to find Burnham, but at 2:30, he was still missing.

Burnham is accused of stealing nearly $400,000 from the police department's evidence room while serving as the narcotics evidence officer. In that position, he was in charge of storage and safekeeping of money and drug evidence.

Burnham's trial start date had been rescheduled multiple times. His attorney's latest request to continue the case to a further date due to a "confidential matter" was denied last Wednesday. A previous reschedule was due to a medical condition.

The Massachusetts Attorney General's Office says the stolen cash came from about 170 different drug cases between 2009 and 2014. Burnham is being charged with six counts of larceny over $250 and one count of larceny under $250.

At the time of Burnham's retirement, he was the longest-serving Springfield police officer.

Warrant issued for ex-officer after failing to show up in court | WWLP.com