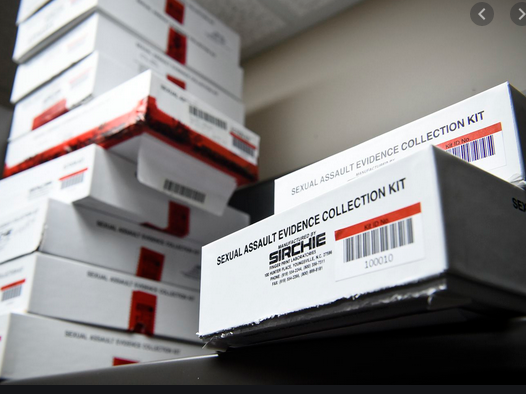 "This is a major milestone that has been years in the making," said Sheriff Balaam. "The scientists in our Forensic Science Division have been working tirelessly, especially throughout this past year, to create a new workflow and find efficiencies. Specifically, our Forensic Biology Unit scientists who, because of their dedication and knowledge, have increased productivity 100% in ten months. I am incredibly proud of their hard work and commitment to achieving this goal."

During the coronavirus pandemic the Forensic Science Division outsourced some DNA evidence, plus created a modified schedule that allowed for social distancing and allowed for scientists to work seven days per week. Additionally, the Forensic Biology Unit implemented a self-imposed 120-day turnaround for all DNA cases needing testing. The State of Nevada requires a 120-day turnaround for sexual assault kits.

"We also couldn't have reached this milestone without the support of Attorneys General Aaron Ford and Adam Laxalt," Balaam added. "The funding provided by the Attorneys General allowed us to bring more scientists on board and purchase vital equipment giving our Crime Lab 500 times more capacity."

"As law enforcement, there is perhaps nothing more important than helping our vulnerable communities and providing them with the support and resources they need to move forward," said Attorney General Aaron D. Ford. "Today, every northern Nevadan impacted by the state's sexual assault kit backlog can rest easy knowing that their results are in-hand and that law enforcement stands ready to assist should they decide to pursue justice. My office has long been a champion for these survivors and we are a proud to be a part of this critical moment in our state's history."

The Nevada's Sexual Assault Kit Backlog Working Group was established by the Attorney General's Office in 2015 to develop strategies and best practices to complete the analysis of untested sexual assault kits. Since 2015 the Nevada Attorney General has pledged more than $3.68 million in funding to help reduce Nevada's backlog of untested sexual assault kits. Since 2015 the Washoe County Sheriff's Office has received $2,055,993 in interlocal agreement funding plus $402,917 as a subgrantee of a Federal SAKI grant for a total of $2,458,910 in support from the Nevada Attorney General.