DNA evidence ultimately led to his exoneration in 2015, just over 20 years after he had been incarcerated The city of Waukegan will take out another nearly $9 million in debt — during a year when it's already on track to issue $55 million in new debt for infrastructure improvements — to cover the wrongful conviction settlement it reached with Angel Gonzalez.

The City Council approved in a 8-0 vote this week the issuance of up to $8.8 million in bonds to cover an $8.6 million settlement cost with Gonzalez, who was imprisoned for nearly 20 years in connection with a 1994 sexual assault.

The $200,000 difference gives the city wiggle room to get the best deal possible when it sells the bonds on the open market, a financial consultant for the city said.

The city's consultants expect the interest costs to total about $1.8 million over the life of the 10-year loan, though final numbers won't be known until the bonds are sold in late August and interest rates are locked in, said Anthony Miceli, a senior vice president with financial consulting firm Speer Financial.

The bonds will be paid off using property tax dollars, which will have to be levied on top the city's existing debt.

The city is unable to provide an estimate of how much the new debt will mean for taxpayers, Finance Director Tina Smigielski said in an email.

This year, the city will take in 19 cents of each dollar Waukegan taxpayers who live in Waukegan Township paid in property taxes, with 6 of those cents going toward the city's debt, according to city records.

"The City's legal and finance team worked together to make best efforts to mitigate the impact of this most unfortunate situation on the City's taxpayers working within the current debt structure," Smigielski said in an email.

City attorney Bob Long has said he expects the settlement with Gonzalez will be the last big wrongful conviction case the city will have to address.

Gonzalez argued in his lawsuit that his civil rights were violated when Waukegan police officers used an "unduly suggestive and unreliable" identification method where the victim of a July 1994 sexual assault was driven to where Gonzalez had been pulled over and handcuffed and asked to identify whether he was one of the men who raped her.

Gonzalez, a 20-year-old Mexican immigrant who spoke limited English, was initially interrogated by an officer who spoke no Spanish, was not informed of his Miranda rights in Spanish and was not provided an attorney after he asked for one, according to court records. About 10 hours after the traffic stop, Gonzalez confessed, which was used along with the victim's identification, to convict him.

DNA evidence ultimately led to his exoneration in 2015, just over 20 years after he had been incarcerated, according to reports from the time. The DNA evidence found markers for two men, neither of whom were Gonzalez or the woman's boyfriend.

The city agreed to a $9.5 million settlement with Gonzalez earlier this month, with about $900,000 covered by insurance.

Angel Gonzalez, who was released from prison in 2015 after DNA evidence cleared him of a rape conviction from 1994, reunites with his family in Waukegan, Ill. (Stacey Wescott / Chicago Tribune)

In another wrongful conviction case — this one involving Juan Rivera, who was cleared by DNA evidence after spending 20 years in prison for a 1992 rape and murder — the city of Waukegan agreed to pay a total of $7.5 million in $2.5 million annual installments.

In that case, the city used dollars from its rainy day, or stabilization, fund, which was created in 2009 to stabilize the city's finances and address unexpected emergencies.

Another payment option like that would have been preferable but wasn't available in this case, Cunningham said. Gonzalez wanted the settlement money upfront, and city officials were uncomfortable with tapping into so much of the rainy day fund's reserves.

The fund had about $9.3 million in it as of June, according to a June report.

The aldermen considered 10-year and 20-year loan options, said Cunningham, who added that he had initially been leaning toward the 20-year choice because the arrest that led to the lawsuit was 20 years old.

But Cunningham said he was swayed by an argument from Ald. Ann Taylor, 9th, that while the annual payments would have been smaller, the interest costs over the long run would have been larger.

Waukegan will be taking out another nearly $9 million in debt to cover the wrongful conviction settlement it reached with Angel Gonzalez, who was exonerated in 2015 after spending 20 years in prison.
http://www.chicagotribune.com/suburbs/lake-county-news-sun/news/ct-lns-waukegan-gonzalez-debt-st-0718-story.html 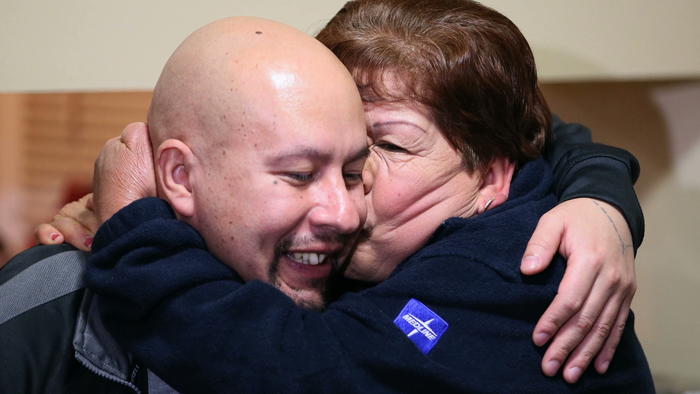