Prosecutors say justice will finally be served against a man who raped a woman, more than 30 years after the crime. 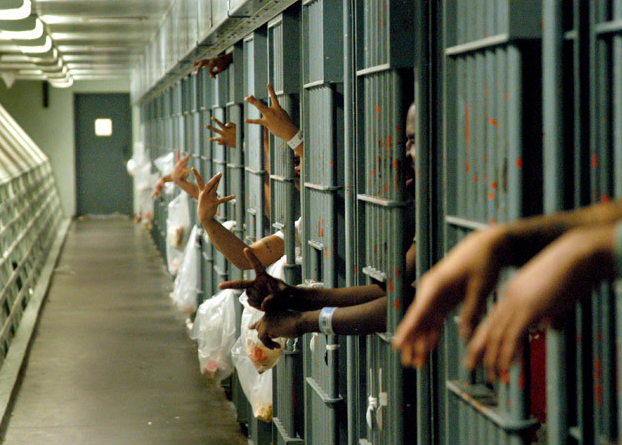 LOUISVILLE, Ky. (WDRB) – Testing of a backlogged rape kit resulted in an indictment more than 30 years after police say a man raped a woman in Louisville.

The victim is currently 88. She was 52 when she was raped.

"Now we have a hit and a victim who is prepared to come forward – and perhaps a most extraordinary woman," said Commonwealth's Attorney Thomas Wine in a Wednesday afternoon news conference. "The victim is now 88 years old and she is very interested in seeing that justice is brought. So this is justice for the victim and accountability for the defendant."

Crawford is already serving time for rape and burglary in a previous, unrelated case. Police say he was recently tied to the 1983 case, when his DNA matched DNA tested from a backlogged rape kit.

Lt. David Allen from the LMPD Special Victims Unit said the department is working to bring justice to the victim. "To this lady and to all of the victims, we can't fix what happened, and we can't fix that there was a backlog, but we can say from this point forward we care and we will part of the solution."

"With advances in technology, we now have the opportunity to go back and test evidence that we couldn't previously test," said Wine. "With each test we complete there is an opportunity for someone to finally receive justice."

Authorities say the indictments were made possible because of the rape kit backlog testing initiative launched by the Attorney General's office and the Kentucky State Police Crime Lab. Several grants and drug settlement funds financed the initiative.

"It doesnt matter if someone is 88. It doesn't matter if the crime happened in 1983. A horrible crime was inflicted on them, and they deserve justice," Beshear said. "While this indictment will not erase the trauma endured, we are hopeful it will aid in continued healing and help to restore trust in our criminal justice system."

Police say Crawford's is the second Louisville Metro Police cold case to result in an indictment because of the testing initiative. The first indictment took place in July 2017, when Cornelius Miller was indicted for first-degree rape and being a persistent felony offender.

Louisville Metro Police say about 2,000 kits have been submitted for testing. Officials say there's no statute of limitations for felonies in Kentucky and that each of these cases will be treated "as if they happened yesterday."

Prosecutors say justice will finally be served against a man who raped a woman, more than 30 years after the crime.
http://www.wdrb.com/story/38675722/cold-case-man-charged-with-1983-rape-victim-now-88
Tweet
How do you feel about this post?
Happy (0)
Love (0)
Surprised (0)
Sad (0)
Angry (0)
Tags:
RAPE KIT TESTING RAPE KIT BACKLOG
Man Arrested in 1992 Murder of Teacher After DNA W...
Waukegan takes out loan to pay off $9.5 million wr...
Comment for this post has been locked by admin.