17 News Investigation: $50,000 of cocaine unaccounted for in KCSO property room

A 17 News investigation revealed $50,000 of cocaine is missing from the Kern County Sheriff's Department property room. 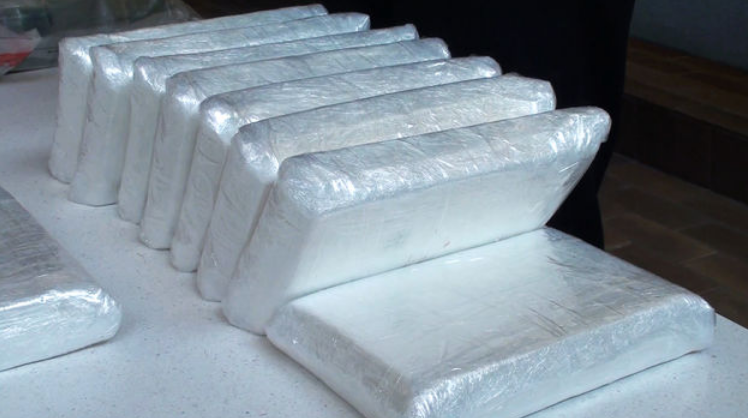 Sheriff's spokesman Ray Pruitt says 1.9 pounds of cocaine is unaccounted for. Pruitt said the cocaine is linked to the federal investigation into Damacio Diaz. The disgraced former Bakersfield police detective is already behind bars, convicted of stealing meth and conspiring to sell it.

Sheriff Donny Youngblood agreed to an interview about the missing drugs, but said he couldn't comment due to an administrative and federal investigation.

We first broke the story of the Bakersfield Police corruption case spreading to the Sheriff's Department in May. The criminal complaints and plea bargains were filed in federal court with no announcement. That's contrary to the typical handling of public corruption matters.

August and Penney stole marijuana from pot busts in 2014 and, at least once, used their keys to raid the narcotics evidence locker at the sheriff's department, according to admissions they signed as part of the plea bargain.

They worked with former Bakersfield Police Detective Patrick Mara to steal and sell the marijuana, their admissions say.

Mara and his partner, former BPD Detective Damacio Diaz, are serving prison terms after pleading guilty to using their positions as BPD detectives to steal methamphetamine from drug dealers and sell it through confidential police sources.

Mara is named as a co-conspirator in the August and Penney cases. Diaz is not named in the documents.

But the description of the crimes contained in the plea bargains repeatedly mentions un-named co-conspirators, "both known and unknown" to federal prosecutors. One co-conspirator is dubbed, "John Doe."

An informant involved in the case was not identified. Court documents give no indication if it was the same informant who played a similar role in the Mara-Diaz BPD corruption case.

In October 2016, U.S. Attorney Phillip Talbert said the whole case unraveled when one of Diaz's informants - to whom Diaz was selling drugs - turned Diaz in to federal authorities. Diaz then agreed to cooperate with prosecutors.

The sheriff's office previously confirmed Lt. Bill Starr has been on paid administrative leave since May 30 -- two weeks after August and Penney pleaded guilty. Starr is not facing any criminal charges. The internal review will determine what, if any, knowledge he had of the drug conspiracy involving August and Penney.

17 News Investigation: $50,000 of cocaine unaccounted for in KCSO