Wagoner County sheriff's office to auction off hundreds of guns, other items Saturday

Approximately 300 weapons will be available. 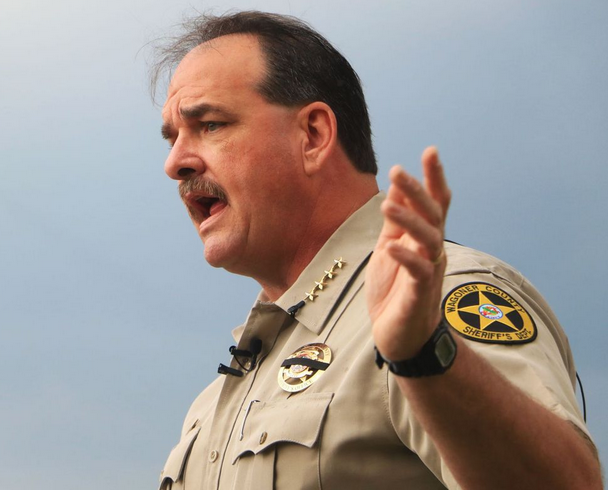 WAGONER — Property rooms used by the Wagoner County Sheriff's Office are overflowing with items, but not for long.

On Saturday, a sheriff's auction is planned at the Wagoner Civic Center to dispose of things that have been stored for upward of three decades.

The auction will be conducted by Rockin M Auction Service and feature the sale of rifles, shotguns, pistols, vehicles, an enclosed trailer, tools and more. Approximately 300 weapons will be available.

Organizers say anyone who purchases a gun at the sale must pass a background check for a $20 charge. Buyers will be able to run one check for multiple guns.

Sheriff Chris Elliott said it has been a long time since the department has held an auction.

"When I took over the sheriff's office and looked at the property rooms, they were full," Elliott said. "No sheriff in the past 28 years has ever inventoried the property room to try to return items to their rightful owners, or to get rid of things that are no longer needed."

The Sheriff's Office sends a certified letter to the property owner stating that officials would like to return the items, or they will be sold at auction, Elliott said.

Through this process, some property is back in the hands of rightful owners. Other items have been put back in the property room pending further investigation.

"With a lot of these weapons, when we contacted the owners, we found out some were convicted felons who couldn't have their guns back," Elliott said. "Before we return any weapons to anyone, we conduct our own background checks. If they can't lawfully possess it, we won't give it back."

Neither the Tulsa Police Department nor the Tulsa County Sheriff's Office auction off seized weapons.

The TPD destroys guns that aren't part of evidence, and the TCSO sells guns to a federal firearms broker with the proceeds going to the general fund, spokeswomen for the agencies said.

Elliott said he expects 95 percent of the items up for auction Saturday to be sold, including old police cars that are "running and driving" with approximately 200,000 miles on them. Many of them will need batteries.

Auction enthusiasts can stop by the Wagoner Civic Center, 301 S. Grant Ave., as early as 8 a.m. Saturday to check out what will be for sale. The auction begins at 10 a.m. A preview auction will run from noon to 4 p.m. Friday.