He was logging into a high-security evidence server to watch child pornography seized from other people. 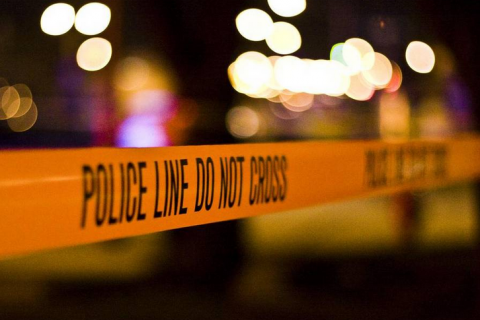 For three decades, officer Craig Wattier rose through the ranks of his police department outside Toronto - progressing from tractor-trailer thefts to some of its worst investigations, such as sex crimes against children.

One day in 2013, in his first week as head of the technological crime unit at Peel Regional Police, he stayed late to work an extra 38 minutes, the Toronto Star reported.

But Wattier wasn't really working, he has since admitted. He was logging into a high-security evidence server to watch child pornography seized from other people.

This would become a habit. By the time Wattier was caught more than two years later, he had watched hours of footage and hundreds of videos that a judge described Monday as "shocking in their perversity," according to the Toronto Sun.

The Mississauga News reported that Wattier was originally accused of defrauding police for at least 11 years when police suspended and arrested him in 2015 after they looked into a complaint involving his overtime charges.

In the course of what began as a simple fraud investigation, Wattier's after-work viewing habits came to light.

"The veteran officer had become the subject of the kind of investigations he once conducted," the Star wrote at the time.

He was, the paper wrote, "a burly cop" who had received multiple commendations and promotions before his undoing.

He had a family and wife, who stood by him after his arrest in August 2015 - and even after he pleaded guilty last month.

As head of the technological crime unit, the Star reported, Wattier oversaw the seizure of electronic evidence from suspects' phones, computers and other devices.

But he "was not trained to do computer analysis and did no work that would require him to view these videos," a prosecutor told the court, according to the Star.

The judge, Katherine McLeod, wanted the courtroom to see her reaction when she watched a sample of the videos on a laptop.

She "bit her knuckles," the Star reported. "Wattier sat, eyes downcast, with his family seated behind him."

When the judge asked Wattier if he wanted to say anything, he did not.

He had been charged with a raft of severe crimes, including the possession of child pornography, which would have earned him a spot on the sex offender registry if convicted.

That left his accusers to remind the court that he had done so, repeatedly, for months.

"The normal human response to material like this is revulsion," prosecutor Allison Dellandrea told the court, according to the Star. "And there was none of that displayed."

He was "given one of the rare keys to a vault, and he abused that trust," Dellandrea said, according to the Toronto Sun. She also ran down a list of fraud accusations not related to pornography, including claiming overtime to work a homicide "that had not yet even occurred."

But the officer had many defenders.

Before Wattier was sentenced this week, the Star noted, three dozen people submitted reference letters for him.

His former police supervisor wrote that Wattier never lost his "sense of right and wrong," the Star reported, even if he "did not always follow policy and procedures to the letter."

Although the year-long sentence was half of what prosecutors had hoped for, Wattier left the courtroom in tears, the Star reported.

As the hearing ended, a supporter said the public didn't know the truth about the former officer.

His wife told the Star that he had only pleaded guilty to avoid the cost of a trial. "It's not right," she said.

The Canadian police officer accessed 750 files related to child sexual abuse and made $28,000 over 11 years while doing it.
http://www.fresnobee.com/news/nation-world/world/article140228038.html
Tweet
How do you feel about this post?
Happy (0)
Love (0)
Surprised (0)
Sad (0)
Angry (0)
Tags:
altered evidence assault  kits Chain of Custody evidence Big Three:
Former South Dakota trooper sentenced to 5 years i...
New DNA testing leads to charges in 2005 Halifax h...
Comment for this post has been locked by admin.