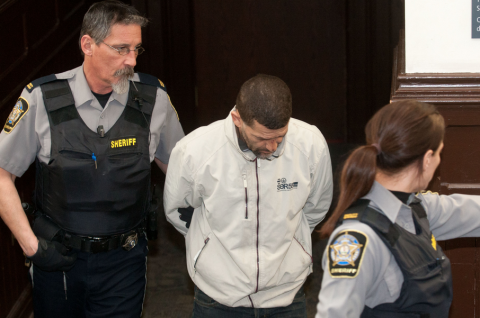 Police said Donald Murray Peters, 50, was arrested without incident on Stanley Street in Saint John, New Brunswick, on Wednesday morning and brought to Halifax, where he appeared in provincial court Thursday afternoon.

"Through re-looking at all the evidence that had been collected and sending exhibits away for further testing, we got to the point where we are today," Halifax Regional Police Supt. Jim Perrin said at a news conference. "I would say that (advancement in DNA technology) certainly assisted. I wouldn't say it was the point that solved it, but it certainly contributed the success that we have in this case."

Kidston, 26, was found dead in her apartment on River Road in Spryfield on June 7, 2005. An obituary printed at the time said she was involved in the Halifax church community, feeding the homeless as a volunteer at St. Mary's Basilica Catholic Church, working as a childcare provider at St. George's Church and as a lunch monitor at Cornwallis Street Baptist Church. Police said Peters and Kidston knew each other, but weren't intimate partners or in a domestic relationship.

Police charged Peters with second-degree murder after working with police in Saint John and the RCMP. Perrin said investigators have focused on the cold case for "the last several months, well into last year." Peter kept his head down as he was brought into Halifax provincial court on Thursday for his arraignment. He'll appear in court again on April 12 by video link. In the meantime, if he wants to apply for bail, he'll have to do so in Nova Scotia Supreme Court.

"The defence has made rumblings about having a bail hearing," Crown attorney Rick Woodburn said outside court. "The Crown will be opposing any bail requests at this particular time." The provincial government set up a reward of $150,000 for information leading to the arrest and conviction of the person responsible for the homicide through the Major Unsolved Crimes Program. Police said the program was not a factor in the arrest of Peters.

Enter some description here...
http://www.metronews.ca/news/halifax/2017/03/23/halifax-police-lay-charges-in-2005-homicide-cold-case.html
Tweet
How do you feel about this post?
Happy (0)
Love (0)
Surprised (0)
Sad (0)
Angry (0)
Tags:
Big Three: Chain of Custody assault  kits altered evidence
A cop billed his department for overtime pay. He w...
Rape kits in Arizona must now be tested within 15 ...
Comment for this post has been locked by admin.