A DEA officer had a wild affair with a convict — letting her listen to wiretaps, roam the evidence room, and have sex in the office

Drug Enforcement Agency agent carried on an extra-marital affair with a convicted criminal, shared evidence with her, and may have left her unattended in the drug evidence room, according to a report from the Office of the Inspector General published Thursday. 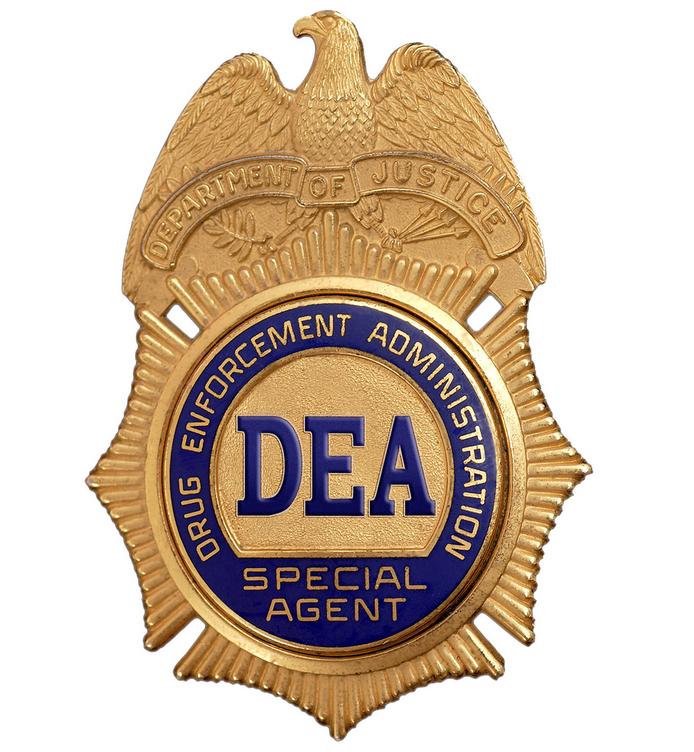 Drug Enforcement Agency agent carried on an extra-marital affair with a convicted criminal, shared evidence with her, and may have left her unattended in the drug evidence room, according to a report from the Office of the Inspector General published Thursday.

The report, which was first surfaced by USA Today reporter Brad Heath, slams then-DEA Acting Chief Inspector Herman E. "Chuck" Whaley's investigation into the incident and his approach to disciplining the unnamed officer, who kept his job and security clearance following the initial investigation.

The officer admitted to the DEA's Office of Professional Responsibility, which is charged with investigating these matters, that he had, among other things:

"Carried on an extramarital affair with a woman who was a convicted criminal; allowed her after-hours access to a DEA office, including a drug evidence room; allowed her to listen to recorded telephone calls of subjects of DEA investigations; and had sex with her on numerous occasions in the DEA office and his DEA vehicle.

The officer, who is referred to by the pseudonym Grant Stentsen in the OIG report, was eventually fired from the DEA in 2016.

According to the report, Stentsen had initiated an affair with his mistress, Marion Wardman, a convicted criminal (also a pseudonym), after meeting her on the internet in 2008. Wardman and Stentsen maintained a relationship for five years, through 2013.

The OPR — led by Whaley — opened the investigation into Stentsen after Wardman called the DEA office in 2013 alleging that she and Stentsen had sex in the office. Wardman said she reported the affair after she "became angry" with Stentsen after he dismissed her when she told him she was pregnant with his child.

Paternity for the child, born in 2014, has not been established, according to the OIG.

The OIG report found that Stentsen allowed Wardman to listen to two recorded phone calls of suspects jailed after DEA investigations, had sex in the DEA office and in Stentsen's DEA-issued vehicle, allowed Wardman access to the DEA office and drug evidence room, but could not recall whether or not he left her unattended, and told Wardman that he was so "stressed" from his job that he could "blow his brains out." He also couldn't recall if he had disclosed any classified materials to Wardman during their years-long affair.

The DEA's board of professional conduct recommended a 45-day suspension for Stentsen's misconduct, though the sentence wasn't approved by the DEA's Office of Chief Counsel until May 2015, over a year after the suspension was initially recommended.

Wardman further accused Stentsen of assaulting her on March 25, 2014. Wardman said that Stentsen pulled her over while she was driving home after attending a baseball game where Stentsen was also in attendance, yelled at her, and slammed her head against her car.

A sheriff's report after the incident noted that Wardman had "swelling and discoloration over her right eye, which corroborated her story of an attack taking place." The sheriff's office didn't arrest Stentsen, though he turned his weapons over to the DEA office.

Stentsen received a letter of clearance in August 2014 after an OPR investigation, though the OIG report notes that the investigation did not include an interview with Wardman, or photos of her injuries or her truck.

Stentsen had previously been investigated by the OPR for 11 separate incidents, of which only 2 are discussed in the OIG report. Stentsen received a letter of reprimand after he crashed his DEA-issued vehicle after drinking alcohol on-duty at a holiday party, and received a 1-day suspension for brandishing his firearm during an interrogation. He was cleared after the other 9 incidents were investigated.

In March 2014, Stentsen's security clearance was revoked. However, Whaley, then-acting chief inspector, intervened with the disciplinary process and instructed the DEA's Office of Personnel Management to reinstate Stentsen's clearance. The OIG reports this occurred a day after they released a report investigating DEA agents who received gifts from and attended "sex parties" with drug cartel members in an unnamed South American country. Whaley said he believed he was "righting a wrong."

Michele Leonhart, the DEA's administrator at the time, told the OIG in an interview that Whaley recommended reducing Stentsen's punishment because the matter did not rise to the level of "Cartagena," and didn't involve prostitutes or foreign nationals.

The OIG report found that Leonhart agreed to Whaley's "flawed" decision to reinstate Stentsen's security clearance. Leonhart resigned from the DEA in 2015.