The announcement comes as three suspects in the evidence vault thefts face charges. 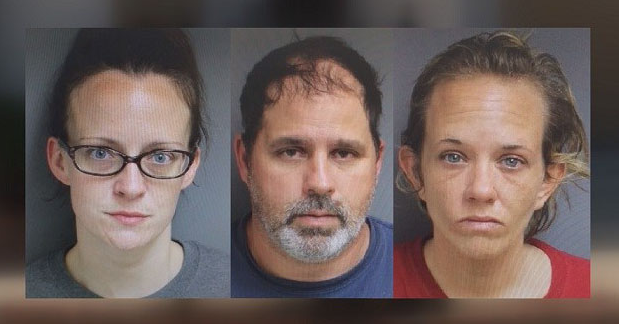 The attorney general in Alabama is asking residents there to look out for stolen guns after more than 200 firearms were taken from the evidence vault at the Selma Police Department earlier this year.

Attorney General Steve Marshall said in a press release Monday that news reports claiming that all the stolen guns have been recovered are untrue, and that more are out there.

In June, Selma Police Chief Spencer Collier said Adrianne Canterbury allegedly took more than 200 guns from the vault from Nov. 2016 until Feb. 2017. Then, he said, her husband would repair the stolen weapons and ready them for sale. When officers searched the Canterbury's home, they found the missing guns, some of which had been confiscated as evidence in criminal cases.

"What we found there was probably the largest stash of guns from a criminal perspective. It was a little overwhelming to see that amount," Collier said. "There may be others that weren't [taken from evidence] but we're trying to work that. The bulk were taken out of the evidence room."

After the Canterburys allegedly stole and fixed up the weapons, police say Byrum posted them for sale online. One of the stolen weapons, a Taurus 9mm, was linked to a deadly shooting in Dallas County in April. Ratravious Sanders, 19, is accused of shooting his friend in an alleged accident.

Marshall says only the ATF can determine whether a weapon came from the Selma Police Department.

"It is advised that, due to the high number of stolen firearms in commerce, the public should be aware that if they are planning to make any purchases via the internet or through third parties, they could be buying a stolen firearm," Marshall said.