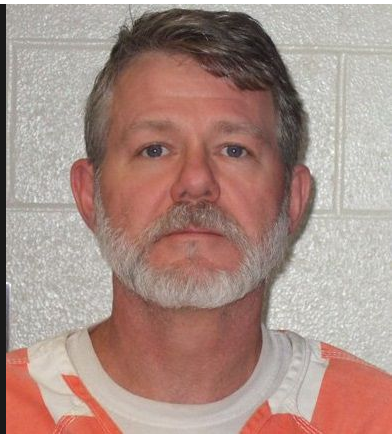 AMBOY – A Florida man accused of shooting and killing a 69-year-old Fulton County man and robbing a bank in 1997 has now been charged with robbing an Amboy bank just three months after the murder.

William Stinemetz, 52, Palm City, Florida, was arrested in December after police said DNA evidence linked him to the murder of Lawrence Pfeifer, who Stinemetz is accused of shooting inside his home in Kewanna on Sept. 26, 1997.

Police said Stinemetz then stole Pfeifer's truck and used it to drive around 1 mile to Indiana Lawrence Bank, which he robbed at gunpoint and escaped with an undisclosed amount of money.

He then returned the truck to Pfeifer's residence and fled in another vehicle, police said.That case went unsolved until Stinemetz's DNA was collected in August in Martin County, Florida, where he was arrested on felony charges of uttering a forged bill, grand theft, giving false information to a pawnbroker and dealing in stolen property.In November, the DNA profile was processed and linked Stinemetz to the 18-year-old murder.

Further investigation revealed Stinemetz had family ties to northern Indiana, police said.Combined with the new DNA evidence and previous evidence gathered during the investigation, officers developed enough probable cause to obtain an arrest warrant on charges of murder, theft and robbery with a deadly weapon.

Stinemetz was served the warrant at the Martin County jail and extradited to the jail in Fulton County.Now, police say the same DNA profile has linked Stinemetz to a robbery on Dec. 18, 1997, at First Farmers Bank and Trust in Amboy.In that case, the initial investigation by detectives from the Indiana State Police revealed that a man entered the bank and indicated he had a handgun, and then made away with an undisclosed amount of money before purportedly running to a vehicle.

The suspect was last seen wearing gold-tinted glasses, a blue-bib snow suit and a brown sock cap.Police said the DNA evidence and previous evidence gathered during the investigation at the bank led officers to develop enough probable cause to obtain a warrant for Stinemetz on a charge of robbery with a deadly weapon.Stinemetz is being held at the Fulton County jail without bond. He is scheduled to appear for a pre-trial conference in Fulton County Circuit Court on July 25 for the charges he faces there.

No court dates have been set in Miami County on the robbery charge, according to court records. Carson Gerber can be reached at 765-854-6739, or on Twitter @carsongerber1.