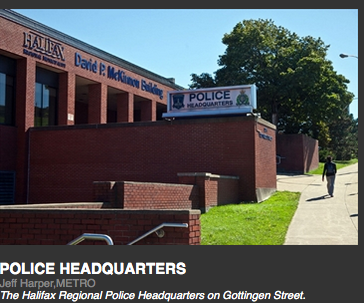 Hamilton Spectator By Michael MacDonald Halifax police admitted Thursday drugs, money and possibly weapons have gone missing from exhibit vaults, and say they plan a wider search to determine the full extent of the problem.

Supt. Jim Perrin said an audit of a vault containing drug exhibits found 90 per cent of samples being sought last year couldn't be found, and the "alarming" result prompted a closer look this year. At a news conference Thursday, Perrin said the followup audit produced better results, but he said Halifax Regional Police are still looking for dozens of exhibits that may have been misplaced, destroyed or stolen.

"Ninety-per cent of audited exhibits missing in an exhibit room is alarming," Perrin said, noting that the initial audit only looked at whether the exhibit was in the place it should have been. The subsequent audit involved a wider search. "We have staff working on that full time to do a deeper dive into the files to see if we can locate where they are."

Perrin said 70 of 500 exhibits sought in a sample audit are still missing. The police service has more than 10,000 in storage and along with illicit drugs, missing items could include "high-risk exhibits," such as weapons and money, he said. The officer said he didn't have a list at hand.

The first audit was prompted by an investigation into the conduct of a Halifax police officer, later charged with theft, breach of trust and obstruction of justice in connection with evidence related to a drug investigation. That case is still before the courts.

"Our primary concern is to find out what happened to these missing exhibits," Perrin said. John Sewell, co-ordinator of the Toronto Police Accountability Coalition, said he wasn't surprised by what Halifax police had found. "There's usually not nearly enough independent oversight of what police are doing with very valuable materials — in terms of evidence and money," said Sewell, who said he couldn't recall a similar problem with the Toronto police force.

"Rogue officers may make off with it because they don't think they're ever going to be caught — and they're probably right about that." As well, Sewell suggested police officers can't be expected to be proficient at record keeping. "They should be hiring people who are specially trained for that," he said. Perrin stressed that no court cases, past or present, have been affected by the poor record keeping. "If we had a court case with missing evidence, then I'm confident I would have heard about it," he said.

"An officer would have gone to court and called to the stand to tender exhibits, and there wouldn't be any exhibits to tender. That would equate to a crisis. I would know about that." Some of the drugs in the sample may not even be part of a court case, given that police sometimes have the option of seizing illicit goods without laying charges.

The audits found evidence reports were rarely accurate, exhibit locations were inaccurately recorded, training for drug unit members needed to be standardized, and the drug vaults needed to be modernized. The audit included 34 recommendations, some of which have already been implemented, Perrin said, adding that it had been years since similar audits had been ordered.

Annual spot audits are among the recommendations being considered. "At the end of this, we may be able to account for where all those exhibits went," Perrin said. "Police officers make mistakes ... It happens."