Police found DNA evidence on the victim's body, but it took years to identify a suspect. 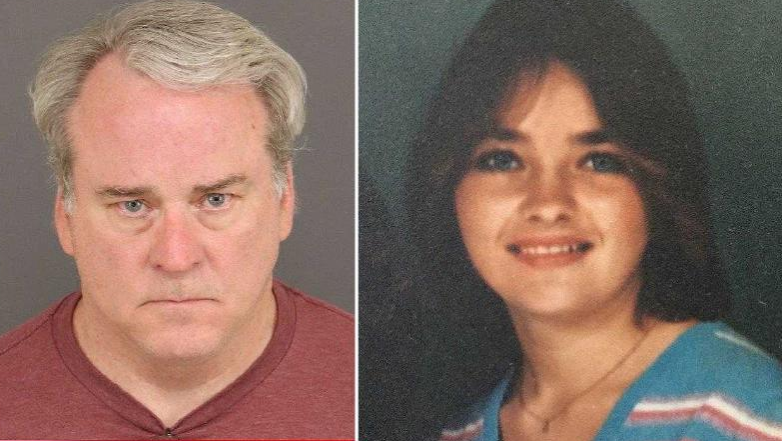 After identifying the suspect, authorities tracked him to his home and followed him to work. They watched him drink from a fast food cup and then left it at the restaurant. The arrest papers go on to read detectives obtained the cup for DNA testing, helping lead to the arrest.

Colorado Springs Police announced the arrest of 58-year-old Michael Whyte on Friday for the murder of Darlene Krashoc. Krashoc, 20 at the time, was found dead behind the Korean Club Restaurant on March 17, 1987. Krashoc was an active duty soldier stationed at Fort Carson, assigned to the 73rd Maintenance Company. Police say she was out the night before with members of her unit at a local club named Shuffles. She was last seen leaving the club between midnight and 1 in the morning.

Authorities are reporting Krashoc was strangled to death and her body had likely been moved and placed at the Korean Club Restaurant. Following hundreds of interviews the case went cold.

Police wanted to make it clear that the DNA profile was a scientific approximation.

On March 13, 2017, the DNA composite profile was shared with the public.

This year, CSPD and Army CID sought laboratory completion of Genetic Genealogy (GG) DNA analysis on the unknown suspect DNA profile. As a result, the investigation culminated in identifying 58-year-old Michael Whyte as the suspect in this investigation.

On Thursday, Whyte was arrested in Thornton. He was taken to the Adams County Detention facility with a no-bond warrant for first-degree murder.

"Words cannot convey the satisfaction we are feeling from this arrest," said Major General David Glaser, the Provost Marshal General of the Army and Commanding General of the U.S. Army Criminal Investigation Command. "I'm extremely proud of our special agents on this case led by Special Agent Jessica Veltri. They have worked tirelessly and shoulder to shoulder with the Colorado Springs Police Department and the quiet professionals from our U.S. Army Criminal Investigation Laboratory on this investigation. We sincerely hope that today's announcement in some small way brings comfort to the family and friends of Spc. Darlene Krashoc."

CSPD Cold Case Detective's Joe Somosky and Jim Isham, under the direction of Sergeant Korey Dabb, are responsible for the investigation of more than 100 unsolved homicide cases dating back to the 1940's. Their diligence and hard work on behalf of the victims they are serving is exemplified in this and the many other investigations they are actively continuing.

"There is a lot to be proud of today," says Colorado Springs Police Chief Vince Niski. "The work done by these detectives has been nothing short of exceptional. Since 1987, CSPD Cold Case Detectives, Violent Crimes Detectives, and U.S. Army CID Investigators have worked tirelessly to bring this investigation to a conclusion. Throughout these last 32 years, they never lost sight of what was most important: Finding answers for Ms. Krashoc's family. We hope this arrest will provide those answers and some comfort."

Get the latest updates from kktv.com delivered to your browser