In 2015, the State Police were investigating a sheriff's office employee suspected of stealing drug forfeiture money.​ 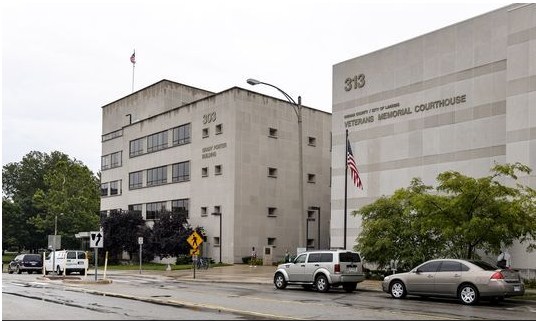 LANSING — An Ingham County assistant prosecutor and a Michigan State Police investigator were told of widespread problems with evidence at the Ingham County Sheriff's Office more than a year before news reports exposed the issue.

The problems, including more than a thousand missing or destroyed pieces of evidence, became public in a September 2016 report by the Lansing State Journal, in which Ingham County Prosecutor's Office officials said they didn't know of widespread evidence issues.

At least three prosecutor's office officials said they became aware of the 2015 disclosure after the problems became public and months into the office's investigation of the matter. However, the fact that an assistant prosecutor had been told in 2015 was never disclosed to the public.

The 2015 disclosure is detailed in Michigan State Police reports the State Journal obtained through a public records request. The reports include previously undisclosed details and document that top sheriff's officials took steps to keep the evidence issue from prosecutors and the public. Those steps included a directive from former Sheriff Gene Wriggelsworth that lists of cases with affected evidence not be shared via email.

"People like you get into the emails," he told a State Journal reporter on Thursday when explaining that directive.

Gene Wriggelsworth said he wasn't trying to hide anything, but that he didn't see a reason for lists of missing evidence to be emailed within the department. He added that his "biggest mistake" regarding the evidence issue was that he didn't notify prosecutors sooner.

However, someone in his department did.

A prosecutor was told

In 2015, the State Police were investigating a sheriff's office employee suspected of stealing drug forfeiture money.

In June of that year, Assistant Prosecuting Attorney Kimberly Hesse and Det. Sgt. Mark Pendergraff, the State Police detective who investigated the employee, met with Deputy Gasper Mendez, who oversaw the sheriff's evidence room at the time.

Mendez told Hesse that he didn't think her office was "being treated fairly" and that prosecutors should be made aware that they were getting convictions on cases with missing evidence, according to the police reports.

Mendez told them "several hundred" cases could have evidence problems.

"Mendez stated that the property room issues came to light during the missing forfeiture money investigation," the report reads, referring to the embezzlement investigation. The State Journal is not identifying the sheriff's office employee involved because she wasn't charged with a crime.

Hesse and Mendez discussed the legality of moving forward with cases where the evidence is missing, according to the reports. Hesse told Mendez the missing items would only go to the weight of the evidence, not make it so the case couldn't be prosecuted.

Related: Putnam: More to be done in county's missing evidence

"Mendez states this isn't just 50 cases that would have to be explained in court, it would be several hundred" according to the police report. "He said several hundred times is not a mistake, it's a trend."

At the end of this June 2015 meeting, according to the reports, Pendergraff said he and Hesse would talk to their supervisors.

In September 2016, the State Journal reported that the sheriff's office had misled prosecutors about missing evidence, several investigations were started. Prosecutors eventually dismissed 79 cases. No criminal charges were filed and no sheriff's office employees were disciplined.

Ultimately, an internal sheriff's office audit concluded earlier this year of cases dating back to 2010 found 1,758 cases where evidence or property was improperly tracked, including four missing guns, $398 in cash that was seized and missing evidence in 541 drug cases.

Exactly what the assistant prosecutor did when told about the problems remains unclear.

Chief Assistant Prosecuting Attorney Lisa McCormick said on Wednesday that, in 2015, Hesse mentioned "in passing" that a deputy had made allegations against the sheriff's office.

For her part, McCormick said Hesse didn't seem to believe the deputy and didn't provide details of the allegations. McCormick said only after the evidence issue became public did she learn exactly what Hesse and Mendez discussed from audio of the interview.

McCormick, who reviewed the case against the sheriff's office employee investigated for theft, said she did not receive the report detailing the meeting with Hesse, Mendez and Pendegraff, but did review some of Mendez's daily notes. McCormick said nothing she saw in the Mendez's notes related to widespread evidence problems.

"I did not know about the evidence room or the allegations," she said on Wednesday. "I would have taken actions if I knew."

Catherine Emerson, the retired assistant prosecutor who was hired to help review cases after the problems were disclosed, said on Wednesday a report on that meeting was never sent to prosecutors.

Emerson said she asked the State Police why the information wasn't sent as part of the embezzlement investigation. The reason she was given, Emerson said, was that the detectives planned to do a separate investigation on the matter.

A State Police spokeswoman contacted Thursday was unable to say whether MSP investigated the Ingham County Sheriff's Office evidence room prior to September 2016.

Once Emerson learned the details of the 2015 meeting, she told Gretchen Whitmer, the former state senator who was the prosecuting attorney at the time.

Whitmer, who's seeking the Democratic nomination for governor, had been appointed in 2016 to serve the final six months of Stuart Dunnings III's last term as prosecutor. Dunnings pleaded guilty in August 2016 to a felony charge of misconduct in office and a misdemeanor charge of engaging in the services of a prostitute.

On Thursday, Whitmer said she called Hesse last year to ask about the 2015 meeting, but did not read the police report or listen to the audio. Whitmer said Hesse told her nothing from the meeting with Mendez stood out in her memory as significant. Whitmer said she took Hesse at her word.

McCormick and Emerson declined to comment on whether they think Hesse properly handled the information she was given in 2015.

Carol Siemon, the current Ingham County prosecutor, did the same.

Siemon took office in January. A report she and Emerson released on the evidence issue in March did not mention the disclosure Mendez made to Hesse.

In a phone interview Wednesday, Siemon said she's confident no one else in the office knew of the widespread issue before it was disclosed because, "I trust what Lisa told me and she's the person that would have been told, and was not told."

Siemon later emailed a statement to the State Journal: "This regrettable matter has thankfully been resolved and I believe that police investigative measures have been greatly improved by the current Sheriff," she said in the statement.

In response to follow-up questions, Siemon wrote in a subsequent email that she wasn't aware of the disclosure to Hesse until the end of April, when she reviewed the State Police reports before referring them to the Michigan Attorney General's Office for the appointment of a special prosecutor. Washtenaw County prosecutors served in that role and did not bring charges.