NYPD and DEA agents recovered 64 kilograms of the lethal drug from a residential  as part of a broader pair of stings that netted $30 million worth of narcotics. 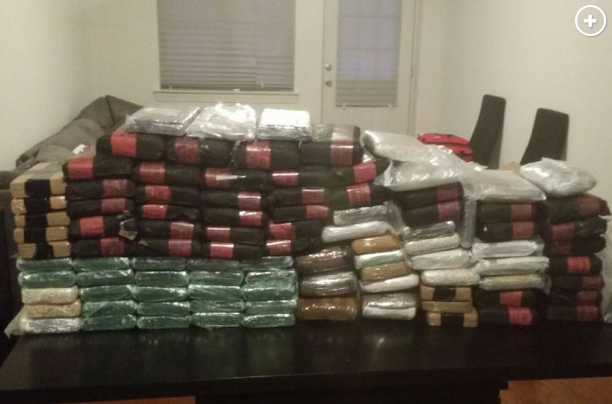 Where do I put it?

NYPD and DEA agents recovered 64 kilograms of the lethal drug from a residential address in Kew Gardens on Aug​. 1 as part of a broader pair of stings that netted $30 million worth of narcotics.

Overall, the busts netted nearly 270 pounds of fentanyl, cocaine and heroin, according to the city's Special Narcotics Prosecutor.

Law enforcement agencies have sounded the alarm on the surge in fentanyl use across the city.

"The sheer volume of fentanyl pouring into the city is shocking," said Special Narcotics Prosecutor Bridget Brennan in a statement.

"The city is used as a hub of regional distribution for a lethal substance that is taking thousands of lives throughout the Northeast," the prosecutor added.

Four suspects – two from The Bronx and two from Queens – were arrested in connection with the stings, officials said.