Sheriff's deputies are working to clear out a packed evidence room where hundreds of guns and other weapons have been kept, some for the past few decades. 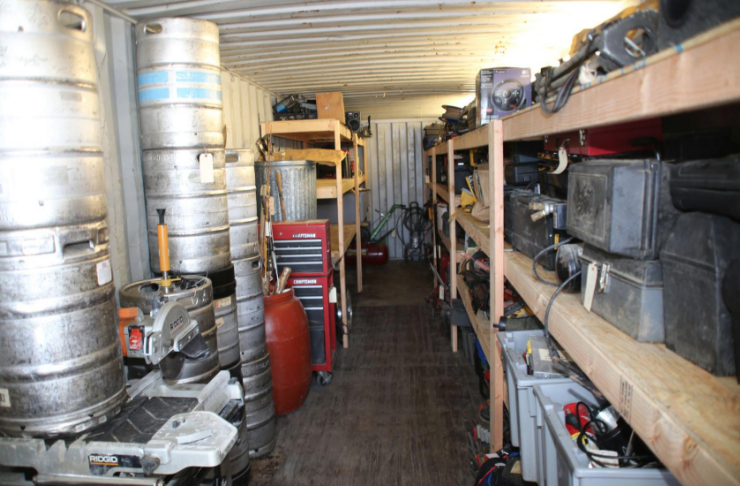 ROGERS COUNTY— Sheriff's deputies are working to clear out a packed evidence room where hundreds of guns and other weapons have been kept, some for the past few decades.

Undersheriff Jon Sappington said the Rogers County Sheriff's Office is currently storing somewhere between 400 and 500 guns, knives and other weapons that deputies have collected from crime scenes over the years.

RCSO also has multiple hand tools, electric hand tools, gasoline operated hand tools, bicycles, tires, and a list of other items, to many to list.

"Maybe it's a burglary. Maybe we served a protective order, and we took it for safekeeping," Sappington said. "We're trying to get them back to their owners, but at this point no one's claimed ownership."

Sappington said his office has worked from their records to notify the last known owners, and those people have until June 6, 2018 to claim their belongings. A court hearing will be held that morning at 10:30 at the Rogers County Courthouse, where a judge may transfer ownership of the guns to the sheriff's office. It can then do whatever it wants with the guns, according to Sappington "We'll make a decision as far as whether to surplus those, destroy those, how to best move forward," he said.

ROGERS COUNTY— Sheriff's deputies are working to clear out a packed evidence room where hundreds of guns and other weapons have been kept, some for the past few decades.
http://www.claremoreprogress.com/news/auction-destroy-or-return-rcso-clears-out-packed-evidence-room/article_abcad98a-60ee-11e8-a549-8b497a4c3397.html
Tweet
How do you feel about this post?
Happy (0)
Love (0)
Surprised (0)
Sad (0)
Angry (0)
Tags:
police auction
DNA links man to 1979 cold-case murder: police
30-year-old untested rape kit highlights massive b...
Comment for this post has been locked by admin.