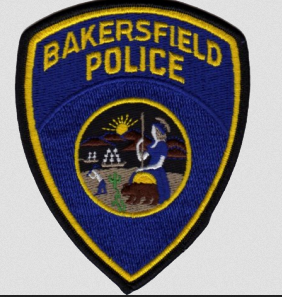 BAKERSFIELD, Calif. (KBAK/KBFX) — The corruption case of two former Bakersfield Police Department officers has left the department reviewing its policy and procedure when it comes to officers checking out drugs from the evidence room.

How where they able to do it without anyone noticing?

"We found that these individuals were working clandestinely and away from work without supervision, off-duty hours they were able to skirt the policies and procedures that we had in place," said BPD Chief Greg Williamson at a news conference Monday.

Williamson said the department is addressing its' evidence room check-out policy to see what changes need to be made.

Diaz and Mara admitted to stealing drugs from drug dealers, failing to book evidence, taking bribes and tipping off suspects. Both took a plea deal and were sentenced to five years in prison.

The investigation also revealed that Diaz and Mara used other BPD patrol officers in as many as 10 to 12 instances to help them conduct unofficial, unplanned and unsupervised stops on suspected drug dealers. Once a stop was made Diaz and Mara would take over the scene. If drugs were found, the patrol officer would book just a fraction of what was found while Diaz and Mara took the rest and would then sell the drugs through a third party for profit.

Asked which third parties were used to sell the drugs on behalf of Diaz and Mara, acting U.S. Attorney Phillip Talbert said the case was still under investigation.

"They were assigned to investigate and build cases," said Talbert. "They became the drug traffickers themselves."

Talbert emphasized the investigation turned up no evidence that other BPD officers were involved in illegal activity by Diaz and Mara. Five other officers were put on leave when their names surfaced during the investigation. Four have returned to work and one has resigned said BPD chief Greg Williamson. Asked if any BPD policies may have been violated by the officers, Williamson said he is prohibited by state law from commenting on internal investigations.

Diaz and Mara are scheduled to turn themselves in on December 5 to begin serving a 5-year term at a yet undisclosed federal prison.