Glover took the cash from the home to another location where a search warrant had been executed, and then to the DEA Baltimore Office, alone in his vehicle the entire time 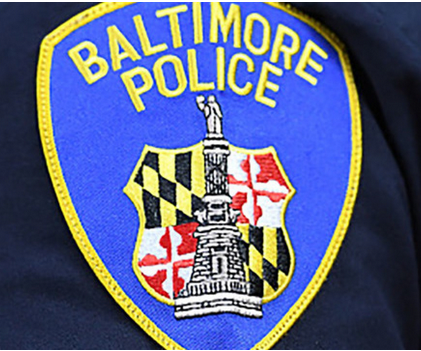 BALTIMORE — A Baltimore Police Officer has been indicted after being accused of taking $10,000 from duffel bags that contained $2.4 million in cash during a drug investigation.

A federal grand jury returned an indictment charging Ethan Glover for the federal charges of false statements to law enforcement and theft of government property.

Glover joined the Baltimore Police Department (BPD) on February 19, 2003. He became a federal task force officer (TFO) with the Drug Enforcement Administration in 2013.

According to the two-count indictment, on April 8, 2016 Glover participated in the execution of a search warrant on John Avenue as a member of DEA Group 51.

Law enforcement found three duffel bags containing large amounts of cash and a handwritten document with cash totals, stating there was $2,428,900 in the house.

Glover took the cash from the home to another location where a search warrant had been executed, and then to the DEA Baltimore Office, alone in his vehicle the entire time.

The indictment alleges that during the drive from John Avenue to the DEA Baltimore Office, Glover stole a portion of the cash seized at the John Avenue home.

Ultimately, Glover took the seized cash to a professional counting service due to the large amount.

The counting service found that the amount of cash seized, inclusive of any suspected counterfeit bills, totaled $2,419,125, which is $9,775 less than what was actually seized at the John Avenue residence, according to the handwritten document recovered within the home.

The indictment further alleges that Glover went to his then-girlfriend's apartment with what he described to her as $10,000 in cash. Glover allegedly hid the money in her bathroom.

During conversations about the money, Glover told his girlfriend that he was followed by another officer while driving the cash from the search warrant site and that the money came from a "big case" that had been recently featured on the news.

Approximately one week later, Glover allegedly moved the money from his girlfriend's apartment to his home.

On April 23, 2016, Glover allegedly used some of the cash stolen from the John Avenue search to buy his then-girlfriend a pair of shoes valued at $295 from a mall in Pennsylvania.

According to the indictment, in June 2016, his then-girlfriend moved into his home and saw a large sum of money hidden behind Glover's refrigerator.

As detailed in the indictment, on February 28, 2020, Glover participated in a voluntary interview with the FBI about a seizure that had occurred with the officer-in-charge of BPD's Gun Trace Task Force.

Before being questioned, Glover confirmed that he understood that it was a crime to lie to the FBI TFO's interviewing him.

When questioned, Glover asked the interviewing TFO's how much the arrestee "is saying is missing? Is it money or drugs? How much did he say he had? A million?" or words to that effect.

Glover told investigators that he did not witness any officer steal money during this seizure. Glover also stated that he did not steal money from this particular seizure or any other case, saying, "I've never stolen anything in my life. Never money or drugs."