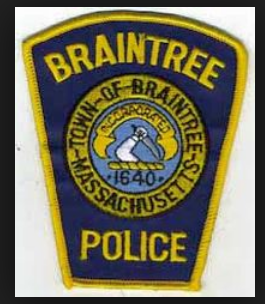 BRAINTREE - Police Chief Russell Jenkins has suggested he was forced into retirement by Mayor Joseph Sullivan.

In an email to his officers Wednesday night, Jenkins said he wanted to stay on to resolve the scandal involving missing evidence stored at the police station. He made similar comments in a post on the website NextDoor Braintree on Tuesday.

On Wednesday, he submitted his two-sentence resignation letter to Sullivan.

"Clearly, this is not the way I wanted to end my career, but the mayor wants new leadership and I serve at his pleasure," Jenkins wrote in an email to the department's officers and civilian employees.

"I would have preferred to stay and oversee the implementation of the recommendations of the auditor and restore the integrity of the evidence room, but that will now fall on someone else's shoulders.

Jenkins has been a Braintree police officer for 33 years, rising through the ranks until he was appointed chief by Sullivan four years ago. His retirement as chief is effective on Oct. 7.

Asked Friday to comment on Jenkins' statement, Sullivan would only say, "My conversations with the chief are private and will remain that way."

Sullivan said that he would look at candidates from both inside and outside the department for the job of interim police chief.

"I want someone who is capable of handling the responsibilities of the job and to cooperate with the attorney general's investigation which we have requested," Sullivan said.

An independent audit of the evidence room of the Braintree police headquarters found thousands of missing pieces of evidence, including drugs, 60 guns and more than $400,000 in cash.

Susan Zopatti, the department's former evidence officer, died of a self-inflicted gunshot wound earlier this year shortly after being told of the audit.

The Norfolk County District Attorney's Office has dropped some or all charges against 32 defendants due to evidence-related questions and is reviewing hundreds of other cases for possible dismissal.

Sullivan has asked for an investigation of the evidence room by the state Attorney General's Office.

The mayor is scheduled to meet with the town council on Oct. 4 to discuss the steps that have been taken to resolve the evidence room issues.