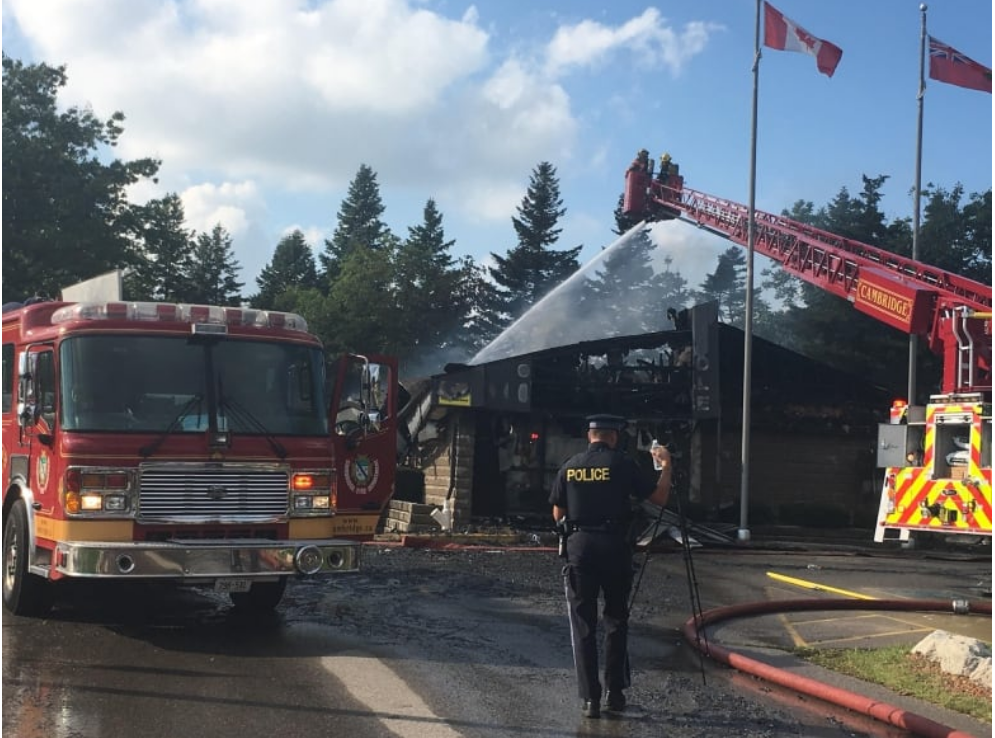 Now that the flames are out, officers are beginning to piece together how much evidence might have been damaged or destroyed in a fire that gutted the Cambridge OPP detachment on Tuesday.

The detachment's vault manager, Const. Lauren Ball, couldn't say exactly how many cases are affected but did say there was significant water inside the detachment's two basement vaults, including their property vault and drug vault.

All evidence kept at the detachment was for open files — cases that are still being investigated or making their way through the courts.

The drug vault is the smaller of the two, about three metres by 2.5 metres and would include "any drug items that were seized at the road or during an investigation," said Ball.

The property vault is larger, about the size of a bedroom, and holds "general property, seized liquor, radar detectors, that sort of thing."

Since the vaults are actually rooms in the basement, and not a bank-style vault, Ball said she doesn't think the rooms would have been fire safe.

The damage is estimated at $1 million, said Cambridge Fire Department Platoon Chief Martin Mills. The fire isn't suspicious, he said, and the cause is probably electrical.

The detachment — and vaults — were secure overnight.

"We sat on it all night, and the police were there all night as well," said Mills.

Due to the location of the fire, Ball said she's optimistic cases won't be compromised.

"We're hoping the damage isn't too bad," said Ball. "At this point we haven't been in yet to see. But because the fire was in the roof area, anything in the basement definitely is going to be wet but hopefully won't be too badly damaged."

How much can be salvaged?

Ball said she was able to go into the basement briefly Wednesday morning, and while there was a lot of water, she didn't see any signs of fire damage.

"So we're hoping again, once we get into the vault, that we'll find that perhaps things aren't as waterlogged as they appear to be," she said.

Ball said once the fire marshal is done its investigation, a special team will come in to clear out the evidence and evaluate how much can be salvaged.