The growing number, complexity and safety requirements of drug cases submitted for testing to the Virginia Department of Forensic Science is creating a backlog for the department 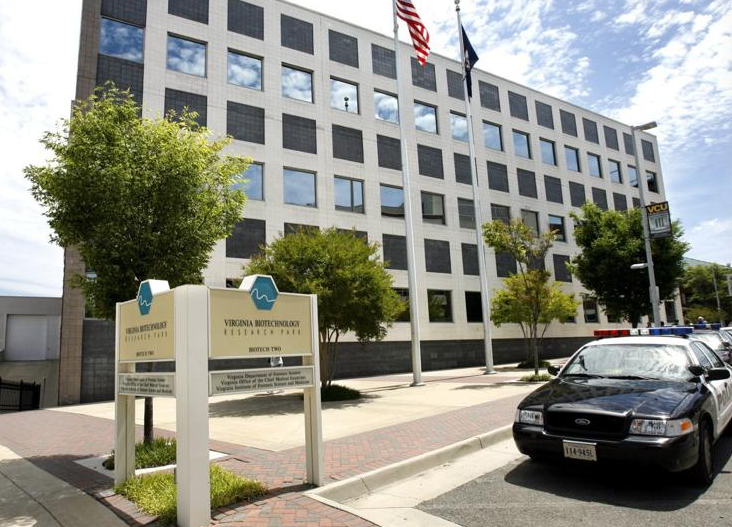 The growing number, complexity and safety requirements of drug cases submitted for testing to the Virginia Department of Forensic Science is creating a backlog for the department, which is requiring more resources to keep up.

According to figures shared Wednesday at a meeting of the Virginia Forensic Science Board, there were 27,553 drug case submissions from law enforcement in 2015, a number that rose to 33,504 last year. The backlog grew from 3,924 cases to 10,625 over the same period.

Linda Jackson, the director of the department, told the board that six new positions had been funded earlier and hiring is underway; training could take 10 to 12 months. There are now 45 fully trained analysts.

She added: "Unfortunately, if you start doing projections and you assume 10 percent increases every year, those six people were not going to be enough to make sure our backlog would go down over time and stay down."

Even assuming the number of case submissions plateaus after this year and the department is fully staffed, the backlog would still rise, Jackson said.

Some of the things the department plans to do to keep things from ballooning include outsourcing some of the work to a qualified outside lab and hiring six more controlled substance scientists, Jackson said.

She said Ohio has been using an outside lab to keep up with demands during its opioid crisis. However, Jackson said the use of an outside, out-of-state laboratory would require the Virginia forensic lab to retest the material should it be necessary for the test results to be used in a Virginia trial because the analyst conducting the test would have to testify.

Therefore, Jackson said the hope is that the use of an outside lab would be a temporary measure that could end once the department has sufficient personnel to handle the workload.

She said the department worked with the administration to fund an additional $800,000 for six more positions and additional equipment and $750,000 to pay an outside lab to perform testing in 8,000 cases over a 27-month period.

In more positive news, Jackson told the board that thanks to new equipment and training, 100 percent of the toxicology tests for the Office of the Chief Medical Examiner in June and July were turned around in 90 days or less. Such tests look for fentanyl derivatives in overdose deaths, for example.

The growing number, complexity and safety requirements of drug cases submitted for testing to the Virginia Department of Forensic Science is creating a backlog for the department, which is requiring
https://www.richmond.com/news/plus/state-forensic-lab-sees-growing-demand-for-drug-testing-greater/article_d905121f-95f2-589c-9e78-71c286529de5.html
Tweet
How do you feel about this post?
Happy (0)
Love (0)
Surprised (0)
Sad (0)
Angry (0)
Tags:
oopiods crime lab
Cambridge OPP assessing damage to evidence in vaul...
Centralia Police Chief Assures Council Evidence Ro...
Comment for this post has been locked by admin.