A Washington County Sheriff's Office investigation conducted last fall concluded that items missing from evidence were $2,231, narcotics from 12 cases, four handguns and a bow. In addition, a report says, drug evidence used to be flushed down a toilet to be disposed. 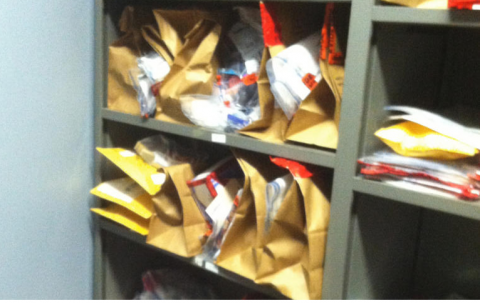 A Washington County Sheriff's Office investigation conducted last fall concluded that items missing from evidence were $2,231, narcotics from 12 cases, four handguns and a bow. In addition, a report says, drug evidence used to be flushed down a toilet to be disposed.

Washington County Sheriff Bill Hutton wrote in a memo sent to the city Feb. 7 that the investigation was "unsuccessful in determining where these missing items ended up, but was successful in narrowing down the people that had direct access to where these missing items were kept."Hutton also reported in the memo that they could not find special bank accounts reportedly created for forfeiture cases, and that "the destruction of seized weapons and narcotics was inconsistent and not within established best practices.

"The scope of the review by the Washington County Sheriff's Office was not to determine criminality (because of statute of limitations) nor be an employee-centric internal investigation; the case was labeled a 'fact-finding investigation,'" Hutton wrote.Swanson interviewed 17 former and current city employees.

Retired police chief Curt Montgomery refused to be interviewed and retired detective Brian Domeier would not respond to efforts to contact him."The former chief would not cooperate; a former investigator did not return messages," Hutton said. "One hung up on us."Montgomery, Domeier, former police chief Veid Muiznieks and investigator Scott Freemyer were reportedly the only people with access to the evidence room.

Swanson also discovered through interviews that it was common practice to flush drug evidence down the toilet when it was no longer needed, though no written evidence of this practice was found.

David Eichman — now a sheriff's deputy — told Swanson in his interview that while helping Montgomery organize the evidence room, he asked what they do with narcotic evidence when it's no longer needed. He said Montgomery proceeded to dump an evidence bag containing 54.3 grams of marijuana into a toilet, covering it with toilet paper and flushing it three times before it was completely disposed.

"Narcotics were flushed down the toilet, and that's absolutely, unequivocally not the way it's done," he said.

Best practices for firearm disposal includes melting, cutting up and melting, or trading them in for credit.

In his interview, Muiznieks said he would take firearms no longer needed for evidence to the public works building to be destroyed, and once took them to North Star Steel to be melted. He said he never cashed in guns with Streichers Law Enforcement Equipment, where Steve Sawyer, chief prior to Muiznieks, held an account through the city.

Newport currently does not have any active accounts with Streichers, and Swanson found new information regarding missing firearms through them.

"We cannot say that anybody took anything," Hutton said. "Things were not tracked properly, disposed of properly."

Swanson found that several auctions were held with Muiznieks as auctioneer to sell evidence that was unclaimed or no longer needed as evidence. Interviewees told Swanson that the police department held auctions in the public works building, and that after the auction funds were given to city staff to deposit into city bank accounts.

The Minnesota Bureau of Criminal Apprehension conducted a search on behalf of the sheriff's office last October to see if any bank accounts were opened under Montgomery, Scott Freemyer, Brian Domeier, the Newport Police Department or the city of Newport. The BCA could not find any accounts under those names containing police department funds.

Based on an interview conducted last month with Public Works Supervisor Bruce Hanson after he contacted the sheriff's office, Swanson concluded that auctions were run by public works rather than the police department, and the funds were deposited into city bank accounts. Wanda Swarthout, former assistant to the city administrator, said she was given auction funds, and then deposited them into the city account. When auctions were held online later, they did not physically deal with the funds.

Hanson said no auctions were held by Montgomery.

The investigation report said that "it would be difficult in this case to file any criminal charges" under statute of limitations, and that Swanson could not find any city employees who said they were given police money to deposit or confirm that any handguns were destroyed by the public works department.

Hutton said this will be the final report on the Newport evidence room.

"We're done," he said. "This is the third time. Each time having a similar conclusion ... it was mismanagement. We can't identify where some property is."