Tupelo's police department cannot locate some of its firearms inventory 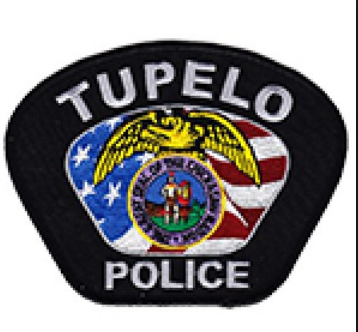 TUPELO – Tupelo's police department cannot locate some of its firearms inventory, but Chief Bart Aguirre said the problem dates back to previous administrations and more stringent controls are now in place.

A cache of weapons were identified as missing by the Tupelo Police Department during a 2010 inventory search. The issue resurfaced for discussion last week during a gathering of the City Council.

TPD had submitted to the council a request to remove certain items from the department's physical asset list, including old cameras and computers that are no longer operational. The council must approve a decision to remove such items from city inventory logs.

The list identified a number of firearms, eight in all, including shotguns and pistols, that the department cannot locate.

Other items were also designated as missing, including tasers, camcorders and laptops.

Under questioning from the council, Aguirre noted the weapons in question have been missing for quite some time.

"Before, it wasn't as tight as it is now," Aguirre said of the department's monitoring procedures.

By the next day, the department reversed course based on legal advice and will retain the missing weapons on the department's inventory.

Mayor Jason Shelton's administration has since last week reviewed monitoring procedures implemented by Aguirre upon his appointment as chief in late 2013.

"We found some weak links in our system," Aguirre told the Daily Journal.

The administration seems satisfied that no new measures are needed beyond those established by Aguirre in 2013.

Lewis led a review of the department's procedures Monday morning.

Aguirre said he's confident all missing weapons were misplaced sometime prior to 2010, and he emphasized that no weapons have slipped through the cracks since he ordered heightened monitoring procedures.

"We've had to move the armory four times since I became chief, and nothing has gone missing," Aguirre said. "I think that's pretty good."

The chief said he's unable to speculate about where the firearms in question went but does not personally believe any were stolen.

Under current procedures, only two members of the police department typically have the authority to log weapons into the department's inventory or to issue weapons to department members.

All weapons not issued to officers are kept in a vault that can only be accessed by the same two officers. Even the police chief has no access to this vault.

In turn, this vault is stored within an armory that only five department members have access to. The police chief is among these five.

"Systems have been put in place, such as the addition of Asset Manager Software and a weapons log book that assist the issuance of weapons and keep them from being misplaced," police lieutenant Brian Brown wrote in a memo distributed to the council last week.

Guns seized in the course of an arrest or a raid are stored in sealed evidence lockers and monitored through a separate set of procedures.

The missing weapons were reported to the National Crime Information Center, a nationwide electronic database accessible to law enforcement. The weapons are listed by serial numbers.

If the weapons are ever recovered or seized, they can be identified by serial number, allowing TPD to reclaim the firearm in question.

TUPELO – Tupelo’s police department cannot locate some of its firearms inventory, but Chief Bart Aguirre said the problem dates back to previous administrations and more stringent controls are now
http://www.djournal.com/news/local/city-leaders-look-at-police-department-over-missing-weapons/article_42ee238e-a536-5c50-8226-c642a7aa434e.html
Tweet
How do you feel about this post?
Happy (0)
Love (0)
Surprised (0)
Sad (0)
Angry (0)
Tags:
altered evidence assault  kits Chain of Custody Big Three:
Former Royalton Police Officer Charged With Giving...
Inside CSPD's evidence locker - guns, furniture, b...
Comment for this post has been locked by admin.