In 2020, the GBI created a cold case unit with retired GBI investigators to look into unsolved murders like Blackmore's. 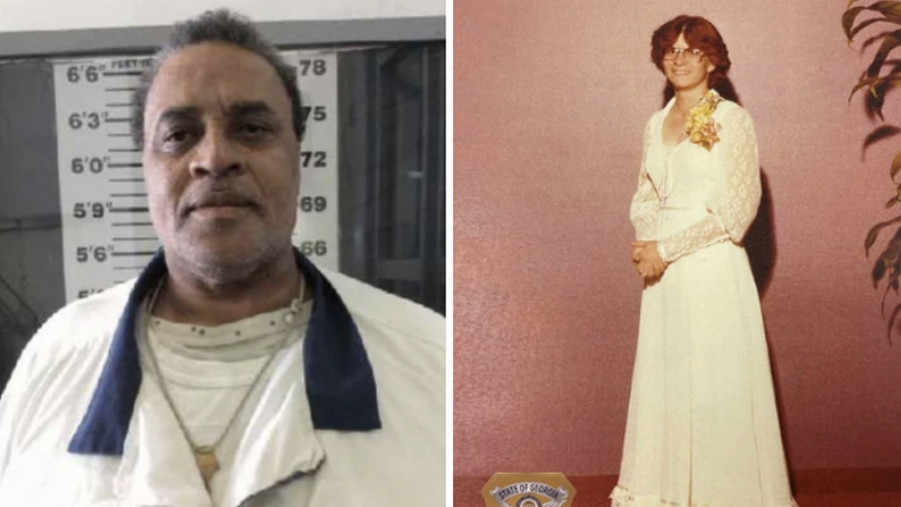 COLUMBUS, Ga. — A convicted murderer serving a life sentence is now the suspect in the 1982 death of Fort Benning soldier who disappeared 40 years ago.

A Chattahoochee County grand jury indicted Marcellus McCluster, 64, on malice murder and felony murder in the death of Rene Blackmore. Blackmore was from Arizona and was stationed at the Georgia base.

Blackmore disappeared April 29, 1982 as she was heading back to their barracks in Columbus. Police found her wallet and sweater on the side of a road in Cusetta a month later.

Another month passed until Blackmore's remains were found a few miles south in Chattahoochee County. The medical examiner's office said she died from a shotgun blast.

The Georgia Bureau of Investigation and U.S. CID originally identified McCluster as a person of interest, but the case went cold.

In 2020, the GBI created a cold case unit with retired GBI investigators to look into unsolved murders like Blackmore's.

The case reopened and with the help of Army CID and the Chattahoochee County Sheriff's Office, investigators connected enough between McCluster and Blackmore's death.

McCluster is currently service a life sentence in Augusta facility for his conviction in a 1983 murder in Stewart County. The GBI issued warrants for him in Blackmore's murder on March 28.

"I have lived these 40 years always feeling the pain her absence causes... and believing no one outside of her family and friends even cared. It is with a grateful heart that on March 28, 2022, this belief was shown to be untrue," Donna Reitman wrote.

Enter some description here...
https://www.wsbtv.com/news/local/convicted-murderer-charged-1982-cold-case-murder-fort-benning-soldier/2KFUOWOBLJCUFJPDXJDWCEKGPI/
Tweet
How do you feel about this post?
Happy (0)
Love (0)
Surprised (0)
Sad (0)
Angry (0)
Mold found on evidence from previous cases, old do...
Two years of undercover drug-case evidence goes mi...
Comment for this post has been locked by admin.