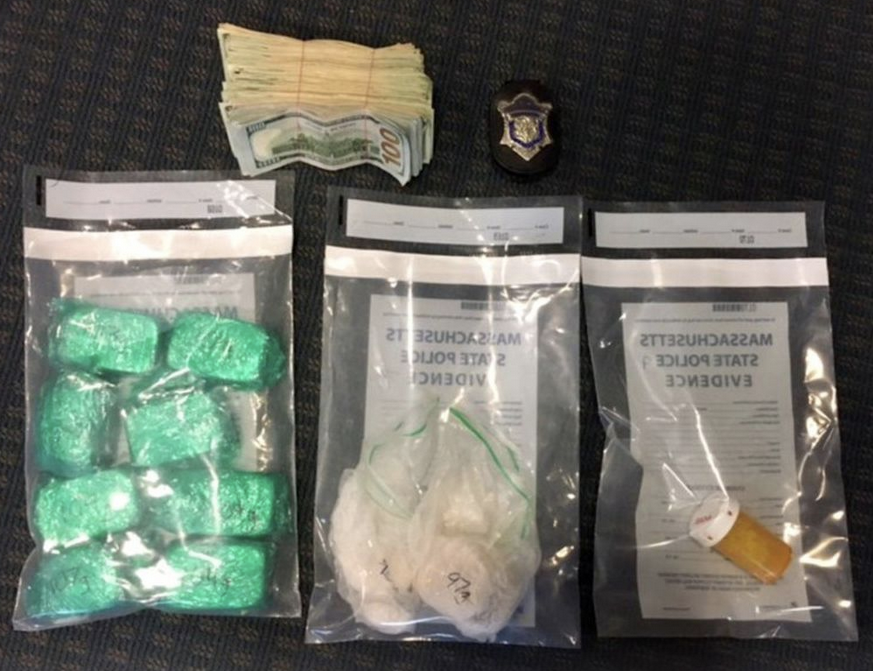 FALL RIVER, Mass. (WPRI) – Fall River police have lost at least two years of drug-case evidence, a revelation its interim chief has called "an embarrassment" and one that deals another blow to the embattled department's reputation.

Interim Chief Paul Gauvin revealed the debacle in a letter sent to Bristol County District Attorney Thomas Quinn on March 23, explaining that controlled-buy logs for 2019 and 2020 have gone missing. The information was then relayed to defense attorneys, and Quinn said he's now investigating the matter.

"This loss of evidence is inexcusable and an embarrassment to the Fall River Police Department," Gauvin wrote in the letter obtained by Target 12.

The controlled-buy logs are supposed to show how detectives use department-issued cash to purchase illegal drugs – such as cocaine, heroin and fentanyl – from suspected dealers by either going undercover or using informants.

The information – which is often used to obtain search warrants and support court cases – would typically detail how much cash was used, when and where the purchase happened and what drugs were acquired. But that information is now gone for 2019 and 2020, according to Gauvin.

"It is undetermined if the log books were stolen at this time," Fall River Captain Barden Castro told Target 12 on Wednesday, adding that the department has launched its own investigation. "At this time, the department has moved from log books and will use a secure intranet system to capture the information previously logged in a book."

The logs were found to be missing last May, roughly one month after former Det. Joshua Robillard came under investigation over allegations of him "giving drugs to an informant," according to an internal probe first reported by Target 12.

The then-detective wasn't charged with any criminal wrongdoing, but former chief Jeffrey Cardoza suspended Robillard for nearly a month and booted him from the vice unit. Robillard is now working in the police station's booking room where arrestees are processed, held, released or transferred to other facilities.

The mishandling of illegal and undocumented drugs, however, threw a wrench into dozens of Fall River drug casesbeing prosecuted by Quinn's office, as defense attorneys decried the scandal, arguing it cast doubt over drug cases coming out of the vice unit.

At the time, Quinn stood by the Fall River Police Department, saying he still had confidence in the investigations coming out of the city. But on Wednesday, Quinn spokesperson Gregg Miliote said his office has opened a new investigation into the department, which will be led by an assistant district attorney and a retired Mass. State Police lieutenant.

"The special Assistant District Attorney and the retired State Police lieutenant both have specific expertise in this field, and they will solely focus on this investigation," Miliote wrote in an email. "Our office is taking this matter very seriously."

Since the Robillard scandal, defense attorneys have scrutinized cases led by the former detective, along with others in the vice unit, arguing the mishandling of evidence cast doubt over their cases. In one case involving a man who was arrested and charged by Robillard, defense attorney Mark Booker has been seeking documentation tied to a controlled-buy log, as the information had helped Robillard secure a search warrant against his client.

"This is a pretty significant disclosure," Booker told Target 12.

Fall River police said they had known about the missing information since last May, but only notified the district attorney's office last month after it was requested as part of discovery. Asked why it took this long, Castro said "that is still unknown."

"Once Interim Chief Paul Gauvin learned that the District Attorney was not aware of this issue an immediate and full disclosure took place," he added.

And it's not just the controlled-buy logs that couldn't be produced. Gauvin also disclosed that the police department doesn't have any documentation regarding Robillard's confidential informants over the nearly eight years he worked for the vice unit.

"Although the department did not have a written policy requiring tracking informants, the standard practice had been for detectives/detective supervisors to maintain written tracking sheets for each informant they use," Gauvin explained.

The department does require that detectives register their informants, and Castro said that policy has now been updated to require they also track informants and register them with their supervisor to improve record-keeping. He also suggested the lack of documents related to Robillard was an isolated issue.

"It was discovered that while other detectives tracked their informants, no such information could be found for Det. Robillard's informants," he said. "While tracking of informants was the standard practice, and discussed in the policy, until the recent policy update it was not specifically mandated."

The latest issue is again raising the specter that ongoing and past criminal prosecutions could be affected. Miliote said the district attorney's office would be proactively notifying defense attorneys about the new information, but said it's too early to estimate how many cases might be affected as a result.

Booker said the fallout could be massive.

"I think it's high time that the Fall River Police Department actually engage a neutral, disinterested investigator to investigate what's going on there," he said. "The log books, that's really, very important. The lack of tracking informants has potentially very broad implications. I think that's potentially going to implicate dozens, if not hundreds, of cases."

Correction: An earlier version of this story misstated the disclosure of logbook records between District Attorney Thomas Quinn's office and attorney Mark Booker, and the court's decision.

Eli Sherman () is a Target 12 investigative reporter for 12 News. Connect with him on Twitter and on Facebook.