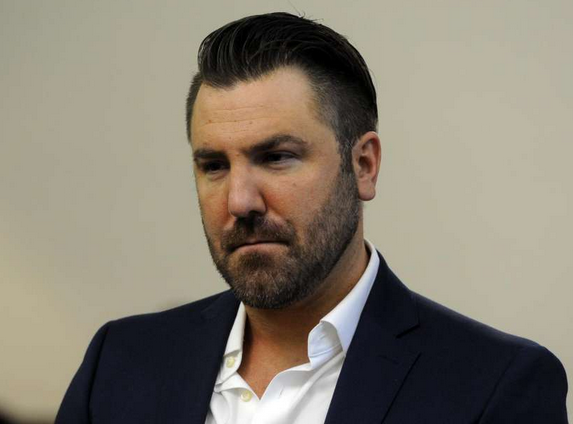 MILFORD - A former veteran Fairfield Police detective pleaded not guilty Friday to stealing thousands of dollars in heroin and OxyContin pills from the police department.

The judge continued the case to July 18.

Detective plead not guilty Friday to stealing thousands of dollars in heroin and OxyContin pills from the police department.

Police said between June 2016 through February 2017, Rilling signed out more than 225 folds of heroin, more than 800 OxyContin pills and a few packets of cocaine from the department’s evidence room on the false pretext of needing to have the drugs tested and “ultimately converted these narcotics for his personal use, and consumed them as a result of an addiction to said drugs.” “During this period Rilling’s behavior, statements and appearance caused alarm among several bureau members who became concerned that Rilling may be improperly consuming drugs,” police said. After meeting with Rilling, police said the concerned officers checked Rilling’s desk area and discovered several torn open and empty evidence bags on the floor under his desk.
http://www.ctpost.com/local/article/Cop-pleads-not-guilty-to-stealing-heroin-pills-11258810.php
Tweet
How do you feel about this post?
Happy (0)
Love (0)
Surprised (0)
Sad (0)
Angry (0)
Tags:
altered evidence assault  kits Chain of Custody Big Three: stealing heroin East Coast
San Diego police, council clash over rape kit test...
Missouri farmer cleared in 1997 sex case by DNA ev...