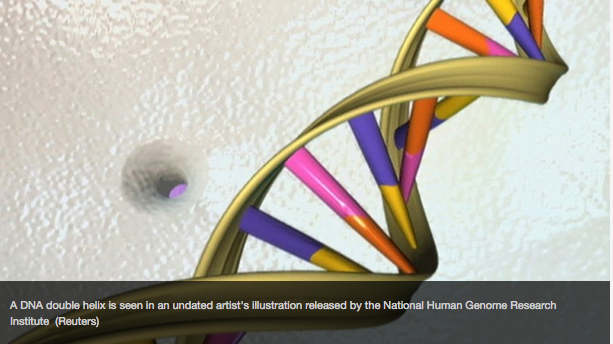 A Missouri farmer who spent nearly two decades in mental hospitals after entering a disputed plea in the 1997 sexual assault of a teenager has been cleared of the crime after genetic evidence was re-tested and excluded him as a suspect.

The top prosecutor in southwestern Missouri's Jasper County dropped the case against 58-year-old Mike Wilkerson last Friday, citing the recent DNA testing conducted on a cigarette butt and a condom found at the scene.

"It's about darn time," Clint Wilkerson, who was 9 years old when his father was arrested, told The Joplin Globe.

The Globe reported that Wilkerson had to watch from the hospital as his family struggled to keep his 586-acre cattle ranch.

The victim, who was 17 at the time, said she was sexually assaulted by a gunman who entered her home after pretending to be lost, and she identified Wilkerson as her attacker from a photo lineup.

Wilkerson pleaded not guilty by reason of insanity in 2000, and by Missouri law, he was ordered committed indefinitely to mental hospitals.

In such cases, defendants remain in the state Department of Mental Health's custody until they prove they no longer have a mental illness that could endanger themselves or others. Because Wilkerson's case involved a violent sex act, he faced the added burden of showing he understood the criminality of it — essentially admitting it.

But Wilkerson has been unwavering in professing his innocence, his appeals attorney, Bill Fleischaker, said Wednesday.

"He stuck to his guns, and you've got to admire his courage," Fleischaker told The Associated Press. "There was an easy out, and he wasn't willing to take it."

A judge last year threw out that Wilkerson's plea, leading to Wilkerson being freed on bond in January pending a new trial and to prosecutors taking a fresh look at the evidence.

"I am dumbfounded they were able to get the DNA and accept that I was never at the crime scene," Wilkerson told the AP by phone, adding that his bipolar condition was stabilized with medication in 2003 and that he had been "just doing time" since then. "I was beginning to think I would never get out," he said.

Wilkerson lamented that he wasn't able to walk his daughter down the aisle and that he missed his son's wedding. Asked whether he might sue, though, he said he and his lawyers didn't know what they'd do.

Jasper County Prosecutor Theresa Kenney said prosecutors who initially handled the case failed to consider all of the evidence. At that time, only the condom found at the scene was tested for DNA, but that examination proved inconclusive with the technology available then.

Fleischaker said at the time Wilkerson pleaded not guilty by reason of insanity at his trial attorney's urging, he was financially troubled, bipolar and "very mentally ill."

"There were a lot of things done wrong that led to Mike being in the situation he was in."

Fleischaker said a DNA test he ordered on the cigarette butt in 2011 excluded Wilkerson as the source of the genetic material on it. He said Wilkerson's legal team didn't have access at the time to swabs of DNA taken from the condom.

Last year, a judge threw out Wilkerson's plea because state psychiatrists never concluded he was insane at the time of the crime. Wilkerson later pleaded not guilty, prompting prosecutors to resubmit the evidence for DNA testing, which ultimately cleared him.

"It's been a long road," Fleischaker said. "The key to this thing is we felt all along the DNA would exonerate him. The problem is there were a lot of procedural hurdles we had to get over."

Wilkerson is reportedly making plans for a steak dinner with his family.

The Associated Press contributed to this report

A Missouri man who spent nearly two decades in mental hospitals after entering a disputed plea in the 1997 sexual assault of a teenager has been cleared of the crime after genetic evidence was re-tested and excluded him as a suspect.
http://www.foxnews.com/us/2017/06/29/missouri-farmer-cleared-in-1997-sex-case-by-dna-evidence.html
Tweet
How do you feel about this post?
Happy (0)
Love (0)
Surprised (0)
Sad (0)
Angry (0)
Tags:
Big Three: Chain of Custody assault  kits altered evidence
Cop pleads not guilty to stealing heroin, pills
Fired deputy faces drug charges
Comment for this post has been locked by admin.