A former deputy with the Curry County Sheriff's Office was arrested
Wednesday, accused of misappropriating drugs taken during a traffic stop 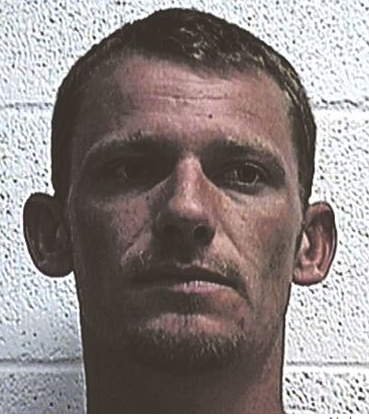 CLOVIS - A former deputy with the Curry County Sheriff's Office was arrested Wednesday, accused of misappropriating drugs taken during a traffic stop and lying about it on sworn court documents.

Brandon Nolen, 31, of Tucumcari, is charged with perjury, tampering with public records and possession of a controlled substance, according to documents filed Wednesday in magistrate court.

Clovis Fire Chief Mike Nolen said Wednesday was the first he learned of the investigation related to his eldest son, and that he was "devastated." He said he is hopeful for his son's innocence but respects whatever determination the court will ultimately make.

"I have full faith and confidence in our local law enforcement and our court systems that justice will prevail in the situation with my son," he said.

The investigation stems from a March 20 traffic stop Brandon Nolen made in Clovis while still employed as a deputy. Court records show he searched a vehicle and seized "approximately four grams of suspected methamphetamine along with a handgun and items of drug paraphernalia."

Two days later, Nolen tested positive for amphetamines on a urinalysis, part of a regular screening required by "a voluntary substance abuse program for possible alcohol abuse" he had previously joined, records show. A second testing of that same sample on March 28 "confirmed the presence of amphetamines which could be construed to be an ingestible amount."

An inventory of Nolen's cases and evidence locker conducted after his termination determined the methamphetamine seized March 20 to be missing, but "all other evidence seized during this traffic stop was present," court records show.

"I requested the New Mexico State Police conduct a criminal investigation into the matter to address the possibility of unlawful misconduct," Waller said Wednesday.

Nolen's father said his son is still in the process of securing defense counsel. He said there is no connection between his son's investigation and a pending investigation concerning possible tampering with narcotic drugs used by Clovis Emergency Medical Services.

Brandon Nolen was arrested Wednesday evening and booked into Quay County Detention Center on a $5,000 cash or surety bond. He remained in the Tucumcari jail on Thursday evening.

CLOVIS - A former deputy with the Curry County Sheriff's Office was arrested Wednesday, accused of misappropriating drugs taken during a traffic stop
http://www.qcsunonline.com/story/2017/06/28/news/fired-deputy-faces-drug-charges/18366.html
Tweet
How do you feel about this post?
Happy (0)
Love (0)
Surprised (0)
Sad (0)
Angry (0)
Tags:
stolen drugs Big Three: Chain of Custody assault  kits altered evidence
Missouri farmer cleared in 1997 sex case by DNA ev...
What is fentanyl? 10 things to know about the pote...