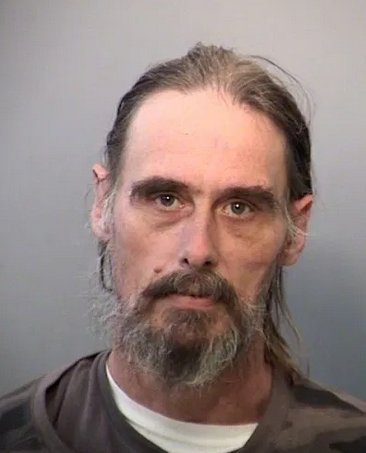 INDIANAPOLIS (WISH) — An arrest has been made in a 20-year-old murder case in Indianapolis.

William Swain is charged in the October 2000 murder of 39-year-old Arthur McPhaul.

In October of 2000, police were called near East Raymond Street and South Keystone Avenue to what, at the time, was The Dollar Inn motel.

"At the time, the only person in the motel room was the victim who was deceased at the time. A maintenance worker for the motel room had found him unresponsive," said IMPD Captain Roger Spurgeon, the original investigator on the case.

McPhaul was found with tape around his wrist and a telephone cord wrapped around his ankle. An autopsy found he showed signs of strangulation and sexual assault.

"When IPD at that time, when those investigators arrived on scene, essentially the only evidence they had was someone who tragically lost their life," said Marion County Prosecutor Ryan Mears.

Police were able to take DNA samples in the form of nail scrapings from the victim and found finger prints around the motel room.

"As opposed to testimonial evidence where people's memories might fade or they might have various reasons to say certain things are true or untrue, this is an absolute," said Spurgeon.

The evidence was resubmitted to be ran through a computer system to look for matches. In July of 2019, a hit from the nail scrapings connected the crime to William Swain. Investigators were also able to match Swain's fingerprints to those found in the motel room.

"During the course of the investigation his name had never come up," said Spurgeon.

It is still not clear what the connection is between the suspect and the victim.

"We would not be here today but for the advances in DNA technology," said Mears.

Police say developing technology and well-preserved evidence lead them to be able to solve the case 20 years later.

"We don't have a statute of limitation on murder cases. We can file those whenever, and I think that is particularly important now as technology continues to improve," said Mears.

"Well the key was absolutely the DNA evidence," said Spurgeon.

Swain is currently being held in the Marion County Jail without bond. If convicted, he faces more than 100 years in prison.

Enter some description here...
https://www.wishtv.com/news/local-news/dna-helps-solve-20-year-cold-case-in-indianapolis/
Tweet
How do you feel about this post?
Happy (0)
Love (0)
Surprised (0)
Sad (0)
Angry (0)
Windsor police have a new way of handling evidence
Pensacola Police HQ temporarily locked down after ...
Comment for this post has been locked by admin.