Prosecutors say new DNA evidence has helped lead them to a suspect in
the 2004 killing of a teenage girl found naked in a Brooklyn alleyway. 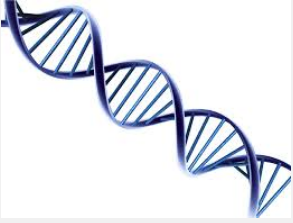 Prosecutors say new DNA evidence has helped lead them to a suspect in the 2004 killing of a teenage girl found naked in a Brooklyn alleyway.

Kwauhuru Govan, 38, was arraigned in Brooklyn Thursday on murder and kidnapping charges in the 2004 killing of 17-year-old Sharabia Thomas, the Brooklyn district attorney's office announced.

Thomas' naked body was found inside two laundry bags on the side of alleyway near 130 Palmetto St. in Bushwick on Feb. 11, 2004, prosecutors said. She'd suffered blunt force trauma to her head, face and torso, and had marks around her wrists and ankles indicating she'd been tied up.

The medical examiner determined she'd been strangled. There was no evidence of a sexual assault, authorities said.

Thomas never went to school that day and was last seen earlier in the morning when her siblings left for school, prosecutors said. DNA testing at the time turned up no results.

Then, in June 2016, the NYPD cold case squad and the district attorney's forensic science unit requested another DNA testing from Thomas' fingernail clippings. This time, a full profile was developed and uploaded to the national DNA database maintained by the FBI, and turned up a match to a man arrested in 2014 for an armed robbery in Polk County, Florida, officials said.

After Govan, formerly of Gates Avenue in Bushwick, was released from Florida prison on the robbery conviction, he was extradited to Brooklyn on the murder indictment, prosecutors said.

Govan, who lived two blocks from Thomas' home in 2004, has denied knowing the teenager.

In court Thursday, he looked at the teen's family and told them he didn't kill the girl. His attorney, Fred Spiegel, suggested the DNA could be false. When prosecutors requested Govan get another DNA swab, he spoke up and did not object.

He was ordered held without bail.