Victim, family were staying in an Arlington hotel after recently moving to North Texas from England 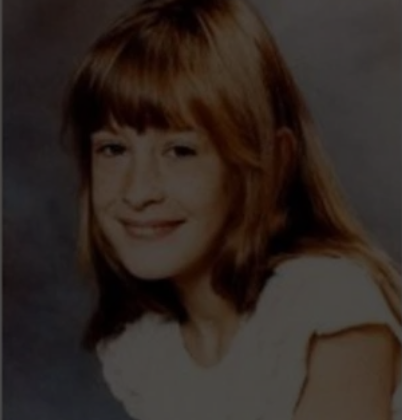 On June 27, 1983, Julie Fuller was reported missing after she'd gone to take out the trash at the Kensington Motel in Arlington.

Fuller and her family had only recently arrived in North Texas, having moved to the United States from England.

The next day, the girl's naked body was found in Fort Worth along the 200 block of Handley-Edervill Road.

"You have an 11-year-old girl who's left in the woods, nude, clearly she had been raped," said homicide Det. Tom O'Brien. "That is going to get your attention."

The investigation turned cold and, until now, the identity of the girl's killer had never been confirmed.

The break began in February 2018 when detectives reached out to Parabon Nanolabs to obtain a Snapshot DNA phenotyping report -- DNA phenotyping, police said, is "the process of predicting physical appearance and ancestry from unidentified DNA evidence."

Using DNA evidence obtained in the Fuller investigation, Snapshot produced trait predictions for the unidentified DNA. By combining those predictions with individual guesses about face shape and eye and skin color, composites were created to show what the girl's killer may have looked like at ages 25, 45 and 65 years of age. Various ages were created since investigators didn't know anything about the girl's killer.

Detectives then sent the DNA to a private genealogy company which matched the evidence with DNA it had on file from a relative of the suspect.

Police contacted the suspect's family, got more samples of their DNA, and positively linked him to the crime. "No doubt," O'Brien said.

Police said the killer was James Francis McNichols, who died in 2004 in Iowa at the age of 52.

"I would have loved to have had him held responsible for what he did to this little girl," the detective said. O'Brien now hopes this new technology can solve other old murders.

"The Fort Worth police department has over 1,000 unsolved cold cases," he said. "This technology is going to be utilized for any case we have we're able to use it."

Fort Worth police say they’ve solved the decades-old cold case murder of an 11-year-old girl using DNA phenotyping. On June 27, 1983, Julie Fuller was reported missing after she’d gone to take out the trash at the Kensington Motel in Arlington. Fuller and her family had only recently arrived in North Texas, having moved to the United States from England….
https://www.nbcdfw.com/news/local/dna-used-to-solve-decades-old-cold-case-murder-of-11-year-old-julie-fuller/2273172/
Tweet
How do you feel about this post?
Happy (0)
Love (0)
Surprised (0)
Sad (0)
Angry (0)
Tags:
cold case murder
Alleged drug dealer throws loose fentanyl powder a...
Man arrested in connection with 37-year-old cold c...