DEDHAM – Prosecutors have dropped drug charges against five defendants amid an investigation into missing evidence from the Braintree Police Department that could upend hundreds more cases. 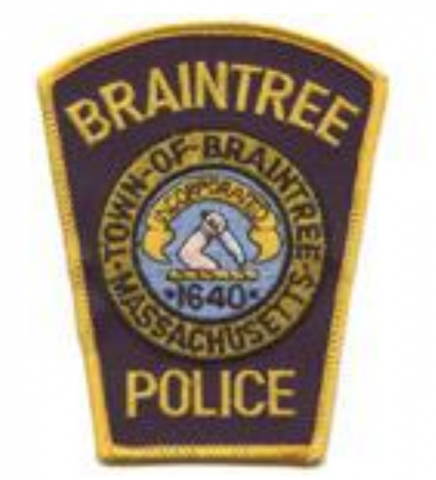 DEDHAM – Prosecutors have dropped drug charges against five defendants amid an investigation into missing evidence from the Braintree Police Department that could upend hundreds more cases.

During a brief hearing in Norfolk Superior Court in Dedham on Tuesday prosecutors dropped cocaine trafficking charges against two people after 29 grams of cocaine that police said was found inside their vehicle went missing.

Prosecutors on Monday dismissed drug trafficking charges against another three defendants, including two who police said were arrested with 81 grams of heroin, according to court documents.

Norfolk District Attorney Michael Morrissey said Tuesday that his office is "anxiously" awaiting a final audit of the evidence room from Braintree Mayor Joseph Sullivan to gauge the scope of the potential damage to cases, though he said it's likely to be extensive.

Sullivan said Tuesday that the audit would be released Wednesday.

The mayor said he is concerned about the number of cases where charges could be dropped.

"I think we're all very uncomfortable on how we are to proceed here," Sullivan said. "But we don't have any options. We understand people have constitutional rights."

Morrissey said his office has already begun vetting about 3,000 Braintree cases from the period between June 2013 and May 2016 and that prosecutors will "have to take a hard look at" between 200 and 400 of those cases.

"We're waiting for the final report to fully digest the problem," Morrissey said. "There's some really good work done by the Braintree Police Department and the district attorney's office that's going to go by the wayside."

Braintree officials launched the audit of the

police department's evidence room in June. So far it's found that evidence including drugs, guns and cash went missing or was mishandled between June 2013 and May of this year. Officer Susan Zopatti, who had been in charge of the evidence room, died from a self-inflicted gunshot wound in May, according to her death certificate.

While it's unclear how far the evidence issues in Braintree will ripple out, mishandling of evidence has had wide reaching impact in other police departments and at the state level.

About 380 cases were dismissed in a single day after the conviction of former Brockton Police Chief Richard Sproules was caught stealing cash and drugs from the department's evidence room in the late 1980s.

Morrissey said it's possible that some defendants who've already been sentenced on evidence stored at the Braintree station could have their convictions overturned.

In some cases, even evidence that's accounted for could lead to charges being dismissed because it was handled by Zopatti and is now tainted, Morrissey said.

One such case is that of Stephen W. O'Brien, the Quincy man who police say was caught on surveillance camera last month picking up a 13-month-old boy while his parents were shopping at a market on Quincy Avenue in Braintree and attempting to leave with the child.

O'Brien was due back in court this morning and Morrissey said Tuesday that he anticipated prosecutors would drop charges against O'Brien of dealing PCP, also known as angel dust, stemming from an arrest in March. Morrissey said the kidnapping charge would remain.

Morrissey said the evidence from O'Brien's March arrest may still be at the police department but he's no longer confident the drug charges will stand up in court.

"It'll be considered tainted and not usable," he said.

The defendants who had cocaine trafficking charges against them dismissed Tuesday were Santa Delacruz-Chala, of Boston, and Bernardo Torres-Trinidad, of Brockton. They were arrested in August 2015 after police said undercover detectives saw them sell cocaine to a Braintree man and then located 29 grams of cocaine inside their vehicle.

During Tuesday's hearing, Assistant District Attorney Jason Mohan said that cocaine turned up missing during the evidence room audit, leaving prosecutors no choice but to drop the charges.

A third woman who police said was also in the car with Delacruz-Chala and Torres-Trinidad and who had her 2-year-old son on her lap had drug charges against her dismissed a few weeks ago on a separate challenge, her attorney, Robert Wheeler said.

Wheeler represented Delacruz-Chala and Torres-Trinidad at Tuesday's hearing and said they were "happy the case is over."

Castillo and Santos were arrested together at the Motel 6 in Braintree in March 2015 after police said they went looking for Castillo on a warrant and found heroin in the room and in his vehicle. A statement of the case in the court file notes that one of the arresting officers turned over the heroin to Zopatti, who weighed it in at 81 grams.

Grandon was arrested at the Motel 6 in March 2014 after police knocked on his door and saw a pipe for smoking methamphetamine on a table, according to court records. Police said they later recovered a bag with 22 grams of methamphetamine.

DEDHAM – Prosecutors have dropped drug charges against five defendants amid an investigation into missing evidence from the Braintree Police Department that could upend hundreds more cases. During a brief hearing in Norfolk Superior Court in Dedham on Tuesday prosecutors dropped cocaine trafficking charges against two people after 29 grams of cocaine that police said was found inside their vehicle went missing. Prosecutors on Monday dismissed drug trafficking charges against another
http://www.patriotledger.com/news/20160913/drug-charges-dropped-amid-braintree-police-evidence-audit
Tweet
How do you feel about this post?
Happy (0)
Love (0)
Surprised (0)
Sad (0)
Angry (0)
Tags:
East Coast
FDLE chemist pleads to drug theft
5 Investigates obtains police evidence room audit ...