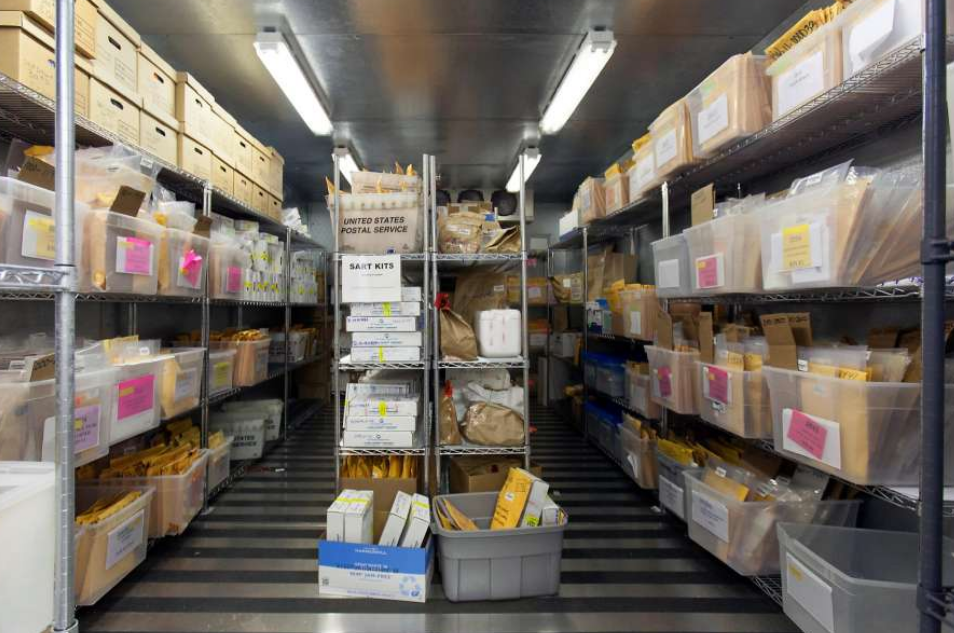 The case of an Antioch man accused of murder who evaded capture while a rape kit implicating him years earlier sat on a shelf has caught the attention of lawmakers and activists. But chances are, he's not the only one.

And efforts by lawmakers to require the more than 500 law enforcement agencies across California to count them and test them have so far fallen short amid opposition by some law enforcement groups who have argued that the state needs to pay for that mandate.

As other states have combed through thousands of rape kits that were ignored for years and, in some cases decades, prosecutors across the country have reported a high incidence of serial offenders.

The case of Keith Kenard Asberry Jr., reported Wednesday in The Chronicle, inspired outrage and renewed calls for all rape kits to be tested after the paper reported that murder charges were added to the suspected serial rapist's case.

Asberry is awaiting trial in Alameda County Superior Court for sexual assaults against five women ranging in age from 15 to 46, and for the 2015 killing of one rape victim, Randhir Kaur, who was a UCSF dental student. All of the cases are linked by DNA evidence. Prosecutors say Asberry kidnapped his victims at gunpoint, in one case tying or binding a woman, and robbing and raping them.

In one of the earlier cases, Berkeley police never sent a rape kit from a 19-year-old victim in 2008 to a crime lab for testing.

Instead, the evidence was found in 2014 as part of a countywide effort to clear rape kit backlogs. If the police had sent it to a lab for testing, it could have implicated Asberry at that time. He had been in the national DNA database of known criminals since a 2005 felony gun conviction.

The state does not require that rape kits — which contain evidence from a forensic exam of victims, such as swabs of the mouth, genitals and anus — be inventoried or tested. The only way to know how many rape kits remain untested across the state is to ask each of California's hundreds of law enforcement agencies to count them.

That's what Chiu is requesting in a bill he's writing this year.

Another bill, SB1449 by Sen. Connie Leyva, D-Chino (San Bernardino County), would require all new rape kits to be sent to laboratories so that the agencies don't accumulate new backlogs, with $2 million in new state funding attached to help pay for the mandate.

Both bills will be heard in their first committee in the coming weeks.

The state has suggested timelines for forwarding rape kits to crime labs. California requires law enforcement agencies to report how many rape kits they have collected and examined, then disclose why any kit is not being tested. But that law, written by Chiu, only applies to new rape kits collected as of Jan. 1.

"Rape kit reform means taking serial offenders off the streets, who are often engaged in other crimes," said Ilse Knecht, director of policy and advocacy at the Joyful Heart Foundation, which tracks rape kit backlogs across the country.

The group estimates California has more than 13,000 untested rape kits, a number tallied from media reports, public record requests and data submitted by law enforcement agencies when applying for federal grants to test rape kits. But that data only include a patchwork of agencies in the state, and it's unclear how current the figures are.

Other states and cities have been much more forthcoming in what their backlogs have yielded.

"For example, Detroit, which had 11,341 untested rape kits, moved to analyze each and every one," Knecht said. "So far, they have identified more than 830 potential serial rapists who have committed crimes in 40 states."

Shelving evidence also means some cases face the statute of limitations. In the Asberry case, his public defender used the delay in testing the 2008 rape kit to argue that some counts should be dropped. A judge agreed, in part, striking a second-degree robbery charge, as well as sex-offender and multiple-victim enhancements sought by prosecutors, court records show.

Stanford Law School Professor Robert Weisberg called the delay in testing the evidence by Berkeley police "outrageous" and apparently "some combination of negligence and insufficient staffing."

"There are limitations on the sentence he could receive now because of the foregone possibility of introducing prior convictions," Weisberg said. He said "multiple losses" stem from not testing the rape kit — solving that crime, connecting it to others, running afoul of a statute of limitations, among others.

"The answer isn't to get rid of statute of limitations but to get the government to fund adequate testing of rape kits and other forensic evidence on time," Little said.

Many California agencies are reporting that they have cleared their backlogs already, including the San Francisco Police Department.

In 2016, the San Francisco Police Commission required the department to publicly report twice a year how many rape kits it collects and send to labs. The city police had faced criticism and a lawsuit over its backlog of hundreds of unprocessed rape kits and its failure to notify victims about the results when evidence was tested.

In its most recent report in February, the department said it collected 184 rape kits from July 1, 2017, to Jan. 5, 2018, of which 88 had enough DNA to upload into the national database, leading to 26 matches. All of the evidence kits were sent to a crime lab, although 15 were not sent within the state-recommended five days. The department reported that changes were under way to ensure future rape kits are forwarded more quickly.

In Alameda County, District Attorney Nancy O'Malley led efforts in 2014 to count and collect all untested rape kits from 19 law enforcement agencies in the county, using money from her own budget and federal grants. In all, her office found 1,900 untested rape kits in evidence rooms. Over three years, the rape kits were sent in batches to a lab in Virginia for testing, with the last ones sent last year.

O'Malley said in an interview last year that new rape kits are sent for testing within days. She could not be reached Friday for comment.

One of the rape kits sent in the first batch belonged to a 19-year-old Berkeley woman who said she was raped in 2008 at gunpoint in a car near Berkeley High School. A 15-year-old girl in the car with the woman told police she was digitally penetrated at gunpoint by the man. The victims also said they were robbed. They immediately went to a hospital where police were called, and a trained nurse performed a forensic exam on the 19-year-old.

Berkeley police said they do not know why the evidence from that exam was not tested for six years. The department said it now sends all rape kits to a lab for testing. While a warrant was issued in 2014 for Asberry's arrest, he is accused of committing two additional crimes.

Police said Asberry's DNA was found on the shirt of a 46-year-old woman who fought off an attacker in her North Berkeley home. Investigators said Asberry's DNA linked him to the rape and killing of Kaur, the dental student, in Albany in March 2015. In that case, court documents show, police said Kaur's clothing were found in a garbage can with Asberry's DNA.

On Friday, Asberry stood behind a glass window in a red-and-white jumpsuit in an Oakland court, where his attorney said he wasn't prepared to enter a plea on some of the charges. He has pleaded not guilty to the three sexual assaults in Berkeley. Asberry did not speak during the brief hearing.

A woman who identified herself as Asberry's mother grew upset when she realized a Chronicle reporter was speaking with his public defender and told the reporter not to write a story. 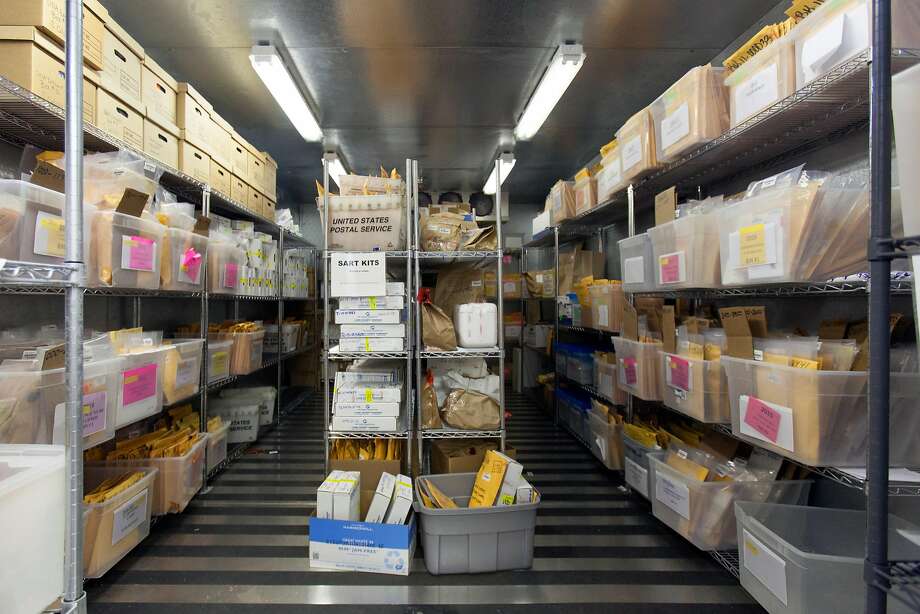 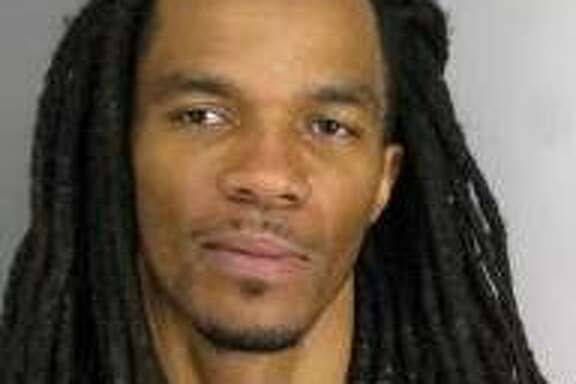 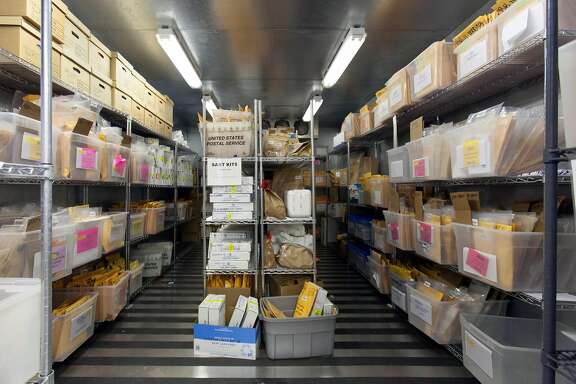 New York 30 June 2020
The police department said there were 54 fireworks complaints in the first half of last year. In the same period this year, there have been more than 11,000. June 30, 2020 As mysterious displays of fi...
Read more

Kansas 28 June 2020
he employee was being investigated for not following proper procedures and policy violations June 30, 2020 WICHITA, Kan. (KWCH) The Sedgwick County Sheriff's Office has arrested the former Property an...
Read more