"I am both embarrassed and disgusted by this case" 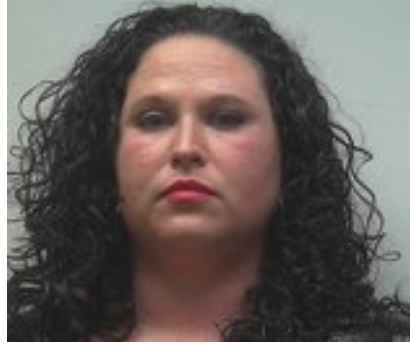 A former evidence custodian for the Florence Police Department has been indicted on more than 100 charges associated with stealing narcotics from the evidence vault.

Lauren Ezell, 34, of Rogersville, resigned amid an investigation into allegations she mishandled and stole evidence from the police department, Chief Ron Tyler announced today. Ezell was indicted on 118 counts of second-degree theft and one count of attempting to commit a controlled substance crime. Each of the charges is a Class C felony, punishable by up to 10 years imprisonment.

"I am both embarrassed and disgusted by this case," Tyler said in a news release. "(I'm) embarrassed because it is my responsibility to ensure this kind of incident never occurs. And in this case, I didn't ensure the job was done properly. I am disgusted at the conduct that led to the investigation and what has ultimately led to the indictments."

"We allege she went from one doctor to another to try to get prescriptions filled," Connolly said. "That's how it was discovered she was taking pills from the Florence police evidence. She took a variety of different pills."

Huntsville police investigators and a lieutenant from the Lauderdale County Sheriff's Office investigated the case at the chief's request because Ezell was employed by Florence PD.

"The Huntsville police investigators were in Florence for several weeks and conducted an audit of nearly 9,000 pieces of evidence," Tyler said. "However, it is important to note that of the 9,000 pieces of evidence audited, these 118 counts represent all the criminal evidence that was impacted. Additionally, the overwhelming majority of the cases reflected in the indictments had already been adjudicated and the evidence was due to have been destroyed."

"I take the conduct of our officers and civilian employees very seriously," Tyler said. "Any misconduct from our employees threatens to betray the trust the public chooses to place in us. However, our employees are people and sometimes people make very poor decisions. When misconduct on the part of a Florence Police officer or employee is brought to our attention we will ensure the allegations are taken seriously, even to the point of requesting another agency open a criminal investigation. We are not above the law. We are entrusted to follow and enforce the law."

Tyler said checks and balances were in place for the keeping of evidence when the crimes occurred.

"However, gaps in these checks and balances were exploited," the chief said. "The investigation and audit exposed the gaps that had been exploited. The police department took immediate measures to close those gaps and implement new and more stringent practices. Moving forward, we are doubling our efforts to ensure this type of incident never duplicates itself again."

Ezell is being held in the Lauderdale County Detention Center with bail set at $179,500. She surrendered to police on Tuesday. She was indicted because a grand jury determined there was enough evidence for the DA's Office to take the case to trial.