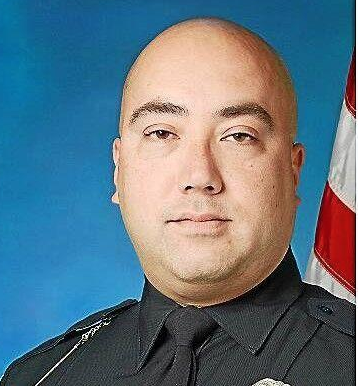 Sean Boucher, 45, of Warren turned himself Wednesday to Michigan State Police at the North Metro Post in Oak Park.

Boucher is scheduled to be arraigned at 10 a.m. Thursday in Ferndale 43rd District Court, according to a news release from state Attorney General Dana Nessel's office.

Boucher resigned from Hazel Park police in 2017 after 18 years with the department following an initial embezzlement investigation undertaken by former Hazel Park Police Chief Martin Barner and others, including current Chief Brian Buchholz.

"We caught this theft and we caught it internally," said Hazel Park City Manager Ed Klobucher, adding the case was later turned over to the FBI's Detroit Area Public Corruption Task Force. "The City of Hazel Park was cooperating with state police and the Michigan Attorney General's office. We turned the investigation over to protect the integrity of the (investigative) process because a department can't investigate itself."

Boucher faces charges of conducting a criminal enterprise, a 20-year felony; a 15-year count of embezzling over $50,000; and five 10-year felony counts of embezzlement by a public official.

"The residents of Hazel Park put their trust in the defendant (Boucher) to uphold the law, and that trust was broken," Buchholz said in a statement Wednesday. "These charges should in no way be a reflection of the members of this department who serve (Hazel Park) with honor and integrity every day."

State and federal authorities allege Boucher embezzled about $68,000 in several incidents from 2013 to 2017 for his own use.

Nessel said in a statement the case is an example of law enforcement agencies working together to serve in the public's interest.

"As a member of law enforcement, you pledge your professional life to the service of others, which is grounded in trust with the community in which an officer serves," Nessel said.

Boucher is accused of taking money from those kinds of asset seizures in Hazel Park. The forfeiture assets are used by authorities for equipment purchases, training and other resources to support law enforcement.

The money Boucher is accused of embezzling came from non-drug forfeitures in the Hazel Park police evidence room and came primarily from drunken driving suspects, who typically pay from $100 to $500 each to reclaim impounded vehicles.

Hazel Park police first announced their investigation into Boucher's activities several days after he was suspended without pay in September 2017.

At the time, then-chief Barner said: "We all feel betrayed."