department posted a notice on Facebook with the hashtag #SaveValentinesDay. 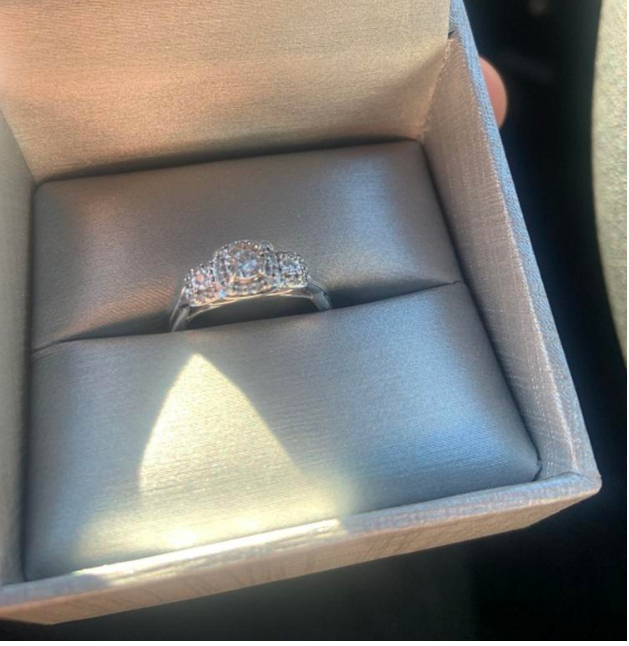 A resident, the police department and social media helped reunite a local man and the diamond ring he had intended to give his girlfriend, according to Milford police spokesman Mike DeVito.

"He was very grateful to have his ring back, and we're grateful for the honest citizen that turned it in and the help from people on social media," DeVito said.

The situation began in early January when a resident found the engagement-style ring, still in its box, on the sidewalk near the Naugatuck Avenue firehouse. The person turned the ring over to a police officer.

The department opened a case, logged the ring as evidence, and waited for someone to call and ask for it. By mid-February, it still had not been claimed, so the department posted a notice on Facebook with the hashtag #SaveValentinesDay. The post, including a photo and a brief description of where it had been found, was shared by thousands of people.

The results were immediate. The owner contacted police, who confirmed the ring was his. DeVito said the owner described some of the ring's features and had a corresponding receipt.

"His girlfriend lives in that area, and he was on his way there," DeVito said. "He was wearing a hoodie that day, and he put the ring in the front pocket and it fell out."

Based on the owner's comments, DeVito speculated that the ring had been found almost immediately after the owner dropped it.

Despite demonstrating to police that the ring was his, the owner still had to wait a little while longer to get it back. The ring, having been logged in as evidence, was secured in the department's evidence room where it required multiple approvals to be removed. With the long Presidents Day holiday, it was Tuesday before the owner received approval to come get his ring, DeVito said.

"The case is closed. He's happy to have it back. We're happy for the honest people out there," he said.

The department made the announcement on its page Wednesday morning.